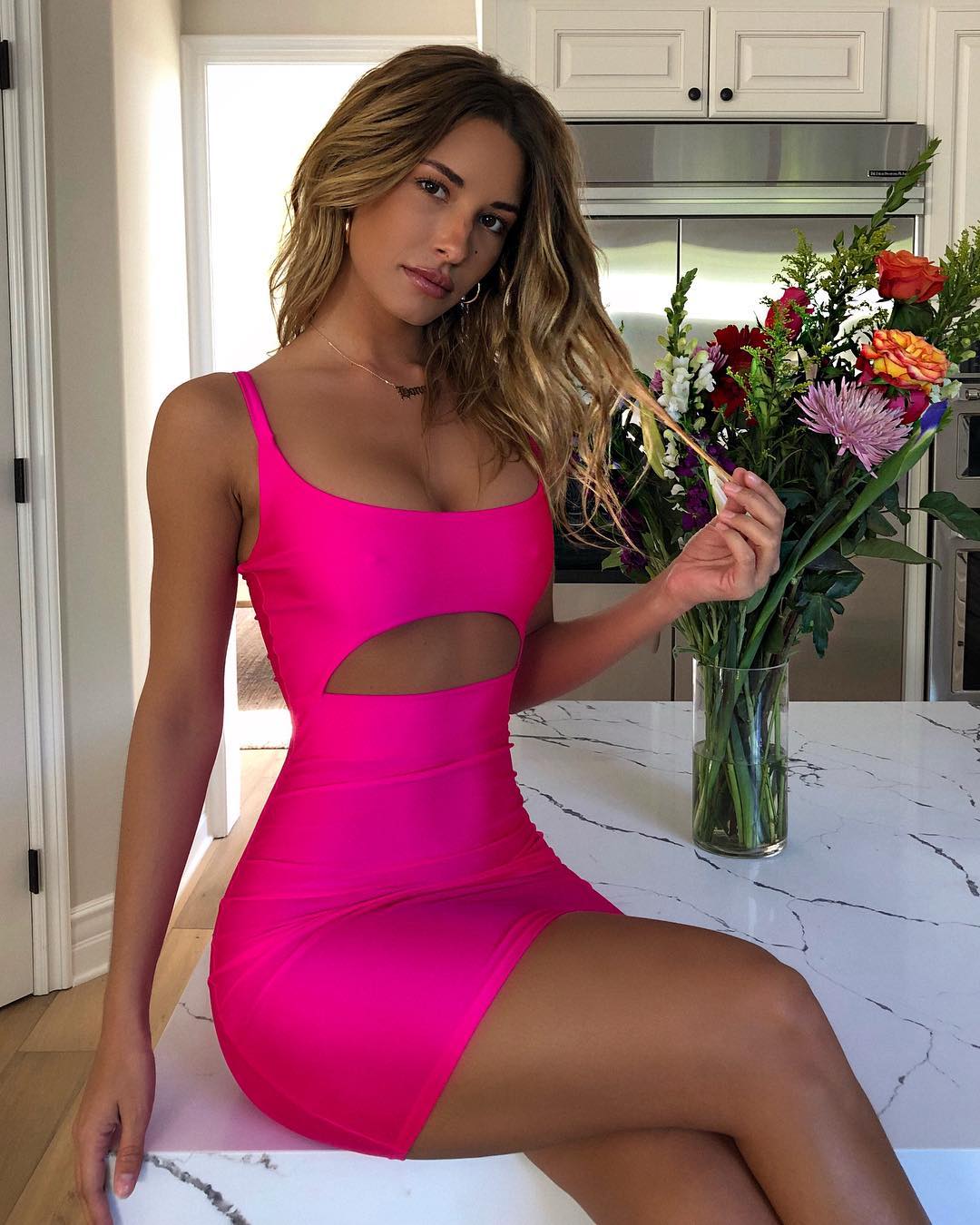 Sierra Skye (born November 6, 1995) is an American influencer and swimsuit model based in Los Angeles, California. Aside from being a swimsuit model, she also serves major fitspo as she has a strictly regimented fitness routine scheduled around her disciplined diet. In July 2019, Sierra Skye became one of Oh Polly’s micro bikini models. “She’s gold, baby”, read the caption of Oh Polly’s Instagram post, which featured Sierra in an itty bitty string bikini in opulent gold. She has million of followers under her instagram account.