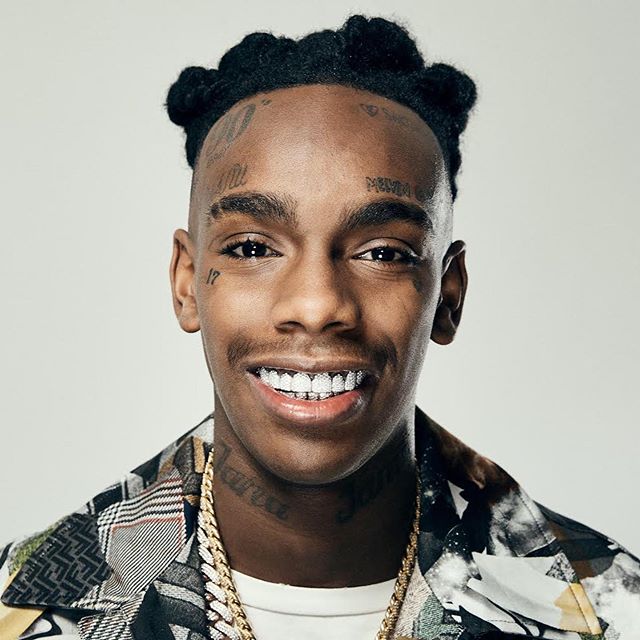 Jamell Maurice Demons, known professionally as YNW Melly, is an American rapper, singer, and songwriter. Born and raised in Gifford, Florida. He became an Internet sensation and rapper for his songs “Murder on My Mind”, “Mixed Personalities”, and “Suicidal”. He earned even further attention after the rapper was charged with the double-murder of two members of the YNW hip-hop collective. Moreover, he was arrested and charged with two counts of first-degree murder and faces life in prison or the death penalty if convicted. He is also a suspect in the 2017 murder of a sheriff’s deputy in Gifford and pleaded not guilty to the double-murder charges and is currently awaiting trial. Tune in biography!

How old age is rapper YNW Melly? At present, he is 21-years old. His birthday falls on May 1, 1999. He was raised by his single mother. She was 14 years old when she became pregnant with him, giving birth to him in the ninth grade.

Who is the girlfriend of YNW Melly? At present, 21-years old rapper has not given any insights of his romantic life. He is currently single and dealing with his career alone.

His previous dating history is not known in public domain. He is fully focused on his rap career instead of any girlfriend or relationship stuffs.

YNW Melly was charged with two counts of first-degree murder in connection with the October 2018 shooting deaths in Fort Lauderdale of two YNW associates described as his close friends, aspiring rappers Anthony Williams and Christopher Thomas Jr, on February 12, 2019.

Other than all this, Rapper Demons posted a photo on Instagram of all four young men together, proclaiming his innocence. Demons pleaded not guilty March 5 to charges of first-degree murder.

Moreover, on February 22, 2019, Complex reported that Demons and Henry were suspects in the fatal 2017 shooting of off-duty Indian River County Sheriff’s Department deputy Gary Chambliss in Gifford. He is currently facing life imprisonment.

The 21-year-old rapper is also a suspect in the murder of a sheriff’s deputy in Gifford which had occurred in 2017.

YNW Melly was born on May 1, 1999, in Gifford to his parents Jamie Demons and mother Donte Taylor. He was raised by his single mother. She was 14 years old when she became pregnant with him. At the age of nine, Demons joined the Bloods gang and later posting his songs on SoundCloud when he was 15. In late 2015, Demons was arrested for shooting at a group of students for which he served several months in prison. As of education, he did his schooling from local high school.

Other than this, he has amassed million of followers under his social media accounts, and his most famous song, “Murder on my Mind,” has more than 88 million views on YouTube. The track was certified gold by the Recording Industry Association of America. Likewiese, he released a song with Kanye West in January that has 17 million views on YouTube. Henry posted a video of himself and Demons recording with West on social media. Both songs were charting on Billboard’s Hot 100 in the weeks leading up to his arrest.

How much is the net worth of rapper YNW Melly? His worth is estimated around $4 million. Music and Rap is his primary source of income.

He has million of followers under his social media platforms.

The documentary is about an intimate look at the rapper’s Gifford upbringing and friendship with the other three artists.

Other than murder, Demons was arrested on June 30, 2018, in Fort Myers, Florida for possession of marijuana.

He is a tattoo lover and has inked several tattoos on his body as well.

YNW Melly was a young rapper on his way to becoming a superstar.

Then his two best friends were murdered, and he became the prime suspect.

This season on ‘Infamous,’ we look at how this violent killing tore a group of best friends and a Florida town apart, and why YNW Melly was at the center of it.