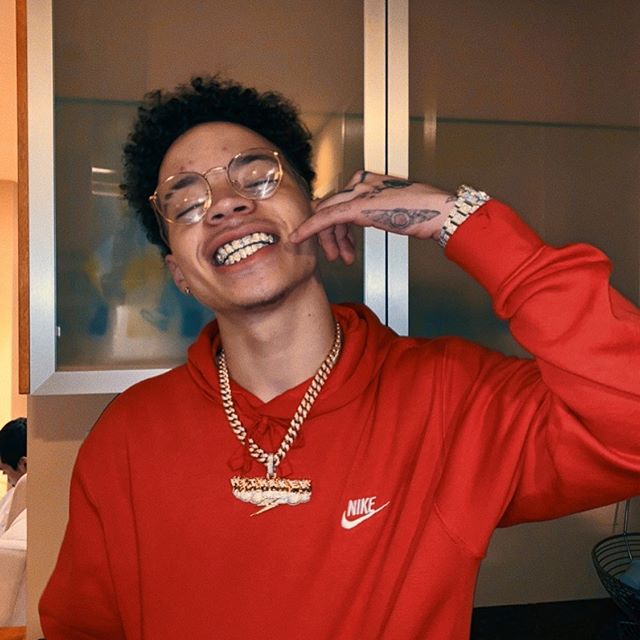 Lil Mosey, is an American rapper, singer and songwriter who is known for his melodic flow and lyrics that are tailored to his life. In 2017, he release his single “Pull Up” and rises to stardom overnight. Moreover, in 2019, his second album, Certified Hitmaker, counted at number 12 on the US Billboard 200. Singer and famed star Mosey released the highest charting single of his career, “Blueberry Faygo”, which peaked at number 9 on the Billboard Hot 100, in 2020. Tune in biography!

Lil Mosey Family: Lil Mosey loves his family a lot and on the same note his family also do love him. He always thanks his mother and father for all the support and love he got from them. He has siblings as well. As of education, he is well educated. Moreover, in his free time, he loves to spend time with his family, siblings and pet dog. Likewise, this fame, Lil got from his hard work and dedication. His first release “Pull Up” was served as his debut commercial single.

Who is Singer Lil Mosey dating currently? The 18-year-old star, whose real name is Lathan Moses Echols is currently available and not dating anyone. His good looks and fizzy personality brings him a lot of girl fans. But Lil is does not want to shift his dedication and concentration from his work and singing. He previously may be dated someone but it is not known in public domain. He shares or revealed nothing publicly about his personal life and keeps far away from media and public aye.

In 2017, his career came into existence and starts getting in public and media eyes. Famed singer Lil, uploaded his first song, titled “So Bad”, in 2016. Then on, his big break came in after his first track “Pull Up” was released and served as his debut commercial single. After this, he released his second commercial single “Boof Pack”, and also released his debut studio album titled ‘Northsbest’, in 2018. He released his second studio album, ‘Certified Hitmaker’ but due to some issue it was reissued on February 7, 2020, with the release of the single, “Blueberry Faygo”. Later, the song grabbed the position of his highest-peaking song on the Billboard Hot 100, peaking at number 9, and charted well internationally. Lil Mosey released the single “Back at It” featuring Lil Baby, on June 26, 2020. It will appear on the upcoming deluxe edition of ‘Certified Hitmaker’.

How much is the net worth of Lil Mosey? His worth is estimated around $2 million. Singing ans his YouTube channel is primary source of his income.