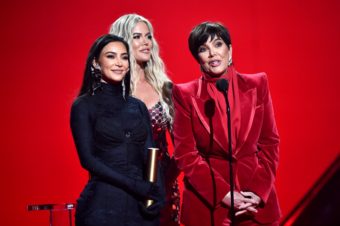 Angela Kukawski, a director of business management for celebrities, was discovered dead in Los Angeles on December 23rd.

The Los Angeles Police Department published a report on December 29th stating that she had been reported missing on December 22nd and her body was discovered in the trunk of a vehicle the next day. Who was Angela Kukawski?

Angela Kukawsi, better known as Angie, was a company manager who worked with a number of famous people.

Boulevard Management, an independent business management firm in Woodland Hills, California, was where she spent her career. She’s now the company’s co-founder and CEO. Angie has worked with a variety of well-known celebrities, including the Kardashians, Kanye West, and Nicki Minaj.

She has five children, all of which she raised in Sherman Oaks, Los Angeles.

Who is Kelsey Kreppel? Get to know Cody Ko’s fiance as they’re engaged

It’s unclear how they met, but Angie and Nicki Minaj were believed to have a close working relationship. The singer has expressed her sadness on Instagram, noting that she was “heartbroken.”

“Hardest working, most reliable, sweetest person you could ever know. You didn’t deserve this, Angela. My heart is breaking for your children. Rest In Peace,” she wrote. In honor of Angie, the Kardashians released a joint statement to PEOPLE.

“Angela was truly the best. She cared about every one of us and made things happen that were impossible,” they said.

“She will be greatly missed and we send our sincere condolences to her family and loved ones during this most difficult time.”

Angela Was Killed In Los Angeles

On Wednesday, the Los Angeles Police Department released a press release stating that there was a “homicide victim discovered in Simi Valley.”