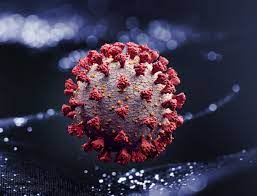 Many people are unhappy with the CDC’s (Center for Disease Control and Prevention) new five-day isolation period, citing a rise in infections owing to the infection. The hashtag “Sana Sana Colita De Rana” is currently popular on Twitter, with users taunting CDC and pointing out that the new rule is as effective as “rubbing Vicks” on your chest to fight infections.

If you’re perplexed by this, we’ll shed some light on it for you.

The term is derived from a popular rhyme among Spanish speakers. It’s common Spanish to teach youngsters this expression as they learn it at a young age. When someone gets injured, for example, a kid, Sana Sana Colita De Rana is used to comfort them and assure them that they’ll be okay.

Although, it is currently trending on Twitter for a variety of reasons, most notably those who are worried about the new COVID-19 isolation standards.

What Are CDC’s Updated Guidelines For COVID-19 Isolation?

The CDC’s new recommendation, which was published on Monday, December 27, advises unvaccinated people with COVID-19 not to quarantine for more than five days and can continue wearing a mask for another five days.

It reads, “Individuals who have received their booster shot do not need to quarantine following an exposure, but should wear a mask for 10 days after the exposure.”

“For all those exposed, best practice would also include a test for SARS-CoV-2 at day 5 after exposure. If symptoms occur, individuals should immediately quarantine until a negative test confirms symptoms are not attributable to COVID-19,” it states further.

CDC’s reduced isolation requirements have been mocked by Twitter users, who claim they aren’t stringent enough. Many believe they are insufficient and have drawn parallels to previous methods, using the term “Sana Sana Colita de Rana” to mock them.

One tweeted, “The CDC and my grandpa say that you don’t need to quarantine if you eat a spoonful of Vicks and say “Sana Sana Colita de Rana” 3 times”

Another said, “Breaking news the CDC said you can go back to work after saying Sana Sana Colita de Rana”

“The CDC now recommends Sana Sana Colita de Rana, some vaparu, a 7 up, don’t walk around barefoot and definitely don’t go outside with ur hair wet,” joked another.