What does the Purple Butterfly Meme mean explained? 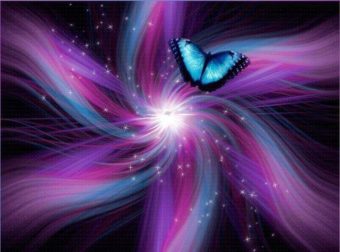 A purple butterfly is the subject of a series of videos this week on TikTok and Twitter. In these films, anime figures are cast in the role of a woman who has just given birth to a child.

A purple butterfly then appears, which has a very sad and significant meaning. While some people criticize the videos for being insensitive, others argue that they are delivering a vital message.

People are now sharing an anime video about a purple butterfly that has been produced by an unknown internet user, according to the newest internet fad. In the short film, a woman sits on a hospital bed and cries as a guy walks over pushing a pram.

The film then shifts to a clip of a baby, accompanied by a purple butterfly, which appears on the screen. Since the beginning of January 2019, there have been many distinct variations of the video with the identical plot and song, performed by All Time Low front man John Bellion.

What Does The Purple Butterfly Mean?

A purple butterfly has a significant significance. When a woman gives birth to several children, such as twins, triplets, or quadruplets, but one or more of them does not survive, the sign is used.

Patients who have lost a sibling often have a purple butterfly sticker on their door or cot. It is intended to commemorate the life of the deceased sibling and raise public awareness about this tragedy.

The Story Behind The Purple Butterfly Explained

The introduction of the purple butterfly was first suggested by a couple in the United Kingdom named Millie Smith and Lewis Cann who delivered twin girls, Callie and Skye, in April 2016. Skye died shortly after birth due to a neural tube defect, prompting Millie and Lewis to start the Purple Butterfly Project.

The parents of the other twin, Callie, discovered that nurses were unaware of their true condition after she was still being treated in the Intensive Care Unit because to having been born at 30 weeks.

One day, a woman in the hospital told Millie she was “so fortunate” that she didn’t have twins, so she designed a campaign to inform people of her missing twin. As a result, she used a purple butterfly as a symbol for her loss, which indicates that the youngster has “flown away” from earth. Purple was chosen since it can represent both boys and girls. Now, the initiative has expanded across the UK and into other countries, with purple butterflies being seen in hospitals all around the world.