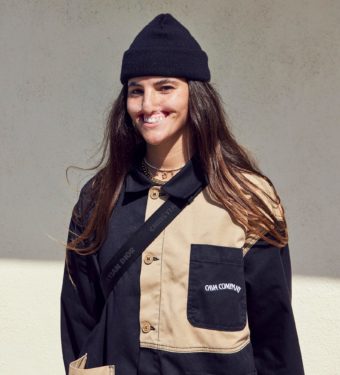 Brooklinn Khoury has opened up about her healing journey a year after she was attacked by a dog which ripped off her upper lip and parts of her nose. In early November 2020, pro skateboarder and model Brooklinn Koury’s cousin in Gilbert, Arizona, invited her to visit for a relaxing trip filled with girl time and hanging by the pool.

So on Nov. 3 of last year, the cousins got their nails done and ran some errands. They were in the car driving home when Khoury snapped a selfie. Self-conscious of a small zit near her mouth, she cropped her lip out of the photo.

Back at her cousin’s home, Khoury was standing in the kitchen when she went to pet her cousin’s dog, an 8-year-old blue nose pitbull named Diesel, who she had met many times before.

Here’s everything you need to know about Brooklin, who explained the details of her surgical procedure.

Brooklynlin is a model and professional skater from Mission Viejo, California. On YouTube, she has over 35,000 subscribers and 124k Instagram followers. Brooklinn was scheduled to film her first television commercial in November 2020, when she was attacked by a dog while visiting relatives in Arizona, according to Mail Online.

The woman who slammed into the 8-year-old dog previously declared that she’d met the canine a couple of times before the calamity occurred. She’s given her surgery process in several videos and social media postings, and she promises to keep her followers informed about her recovery process.

Brooklinn mentioned that she endured the same experience a year after the assault, when she opened up about her surgery journey following her initial operation. Brooklin on had the first of her five reconstructive operations to repair her upper lip, which received tissue transplant from her arm.

Speaking to PEOPLE, she said that “the first time seeing my face after the surgery was scary.” She explained: “But I was like, ‘Okay, time to love this new version of myself for now.’ I want people to know that they’re not alone if they’re going through something like this.”

“It looks like a baby shark bit my arm and they had to sew my skin back on,” Brooklinn continued.

“I’m learning to love myself. I want to inspire as many people as I can.”

What time does Lush US Boxing Day 2021 sale start?

If you want to find more about Brooklinn, make sure to follow her on YouTube where she has uploaded a couple of videos about her healing journey.

As for her personal life, the model is currently in a relationship with former Dance Moms star and dancer Chloe Lukasiak.