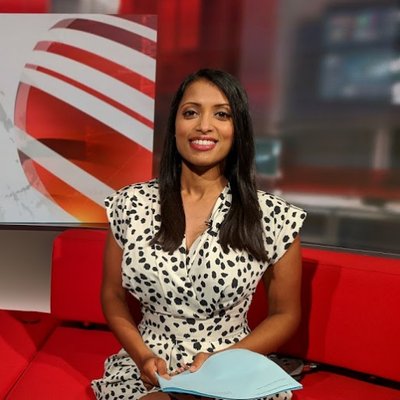 Luxmy Gopal has stepped in to replace Sally Nugent on the iconic BBC Breakfast red sofa on Tuesday morning (December 28th). She is a British presenter with 10 years of experience working with the BBC.

From her career to social media profiles and reactions from viewers. Here’s what we know about the BBC Breakfast presenter…

Luxmy Gopal is a TV journalist who has also worked as a reporter and presenter. She was born in the United Kingdom and currently resides in Leeds, where she began her career as an investigative journalist for BBC Inside Out South East. According to her LinkedIn profile, the presenter can speak English, German and French, She studied History and English Literature at the University of Durham.

When did Luxmy Gopal become a BBC Breakfast presenter?

Luxmy is a journalist and news presenter for BBC Look North, where she works as a news reporter and presenter. Luxmy began working for BBC Breakfast in 2016 as a reporter/presenter .Her LinkedIn profile also states her role as a video journalist alongside presenter.

What else has she appeared on?

The presenter hasn’t appeared on any other shows or channels, as far as we’re aware.

She has 12,000 subscribers on Instagram and she’s included her BBC email address in her bio so that people may contact her for a possible news story. “Morning sunshine! Dust off the Christmas/Boxing Day cobwebs and join me and @mrdanwalker on @BBCBreakfast this morning,” she tweeted ahead of her BBC Breakfast appearance.

“What a treat this morning has been Luxmy!” reacted one viewer. “You totally fit being a morning Breakfast presenter. A total natural.”

“Good morning Luxmy, lovely to see you on the red sofa this morning,” wrote another viewer.

Someone else added: “Thanks for brightening up this morning! Hope we get to see you more regularly!”