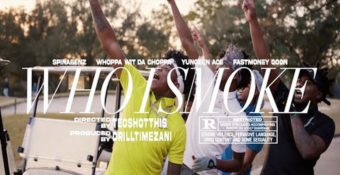 Some of Florida’s up-and-coming rappers, such as Bibby, Lil Nine, and Teki, are mentioned in the viral rap song “Who I Smoke.” The song sees Spinabenz, Whoppa Wit Da Choppa, Yungeen Ace, and FastMoney Goon come together to put their twist on Vanessa Carlton’s “A Thousand Miles.”

The music video premiered on 28 March 2021 and has racked up nearly 2.8 million views. This figure is correct as of publication date.

“Who I Smoke” lyrics reference Bibby

Youngeen Ace takes the lead on the “Who I Smoke” chorus. In the chorus he name-checks a number of deceased Florida rappers, including Bibby.

And now I wonder…”

Bibby was a rapper from Florida who was shot and killed in February 2019 at the age of 16. His real name was Adrian Gainer Jr. He was a student at Grand Park High School.

Julio Foolio, a friend of Bibby’s and rival of Ksoo and Yungeen Ace, paid homage to Bibby in a song released 26 February 2020.

In the emotional track, Foolio sings: “Why the f*** you have to leave? Why couldn’t you stay with me?”

Foolio continued: “God already had a plan, you were heaven sent.”

Who else is mentioned in “Who I Smoke”?

The “Bibby” reference has caused the most drama – Foolio took to Instagram Live on 29 March 2021 to respond to “Who I Smoke” – but the song also name-checks two other rappers.

Lil Nine was a rapper whose real name was Denetri Mixson. He was shot and killed in June 2020 in Jacksonville, Florida. Lil Nine’s father Reginald Mixson created a GoFundMe at the time of his death.

Teki is another rapper who was shot and killed.