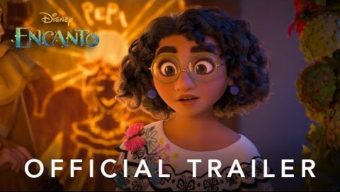 The Encanto is a charmed place in which the Madrigal family lives in Disney’s new film Encanto. Each kid has been given a unique magical power beyond Mirabel, the film’s protagonist.

The music in the film is based on Colombia and reflects this, with the cumbia, Colombia’s national dance, playing an important role in the soundtrack.

Who Is Encanto’s Music Composer?

The soundtrack for Epcot’s “Epcot Forever” was composed by Germaine Franco, who also wrote the majority of the songs and orchestrated the score for Disney’s “Coco.”

Franco also acted as co-composer on “Dora and the Lost City of Gold,” scored the Starz series “Vida,” and wrote additional music for the Dia de los Muertos musical “The Book of Life.”

While the songs in Encanto were written by Lin Manuel Miranda, Franco explained that the score is used to “weave in and out of the songs, and tell the story of Mirabel and her emotions.”

“Our first meeting went really well and she just spoke so powerfully about the themes and instrumentation she wanted to use. The theme she found was so incredible. Particularly in the finale, there’s give and take between where my song ends and her score begins.”

Who Wrote The Songs In Encanto?

Lin Manuel Miranda composed the music for Encanto, which was inspired by Howard Ashman and “what he brought to Disney’s golden age.” This is not Miranda’s first Disney movie, he wrote the songs for the 2016 movie Moana.

The song “Dos Oruguitas,” which was chosen for Best Original Song at the Critics’ Choice Awards, is one of the film’s most popular. The track is performed in Spanish, making it nearly impossible for Miranda. In an interview with Variety, he said:

“I was very far outside my comfort zone, and I had my thesaurus with me at all times. Even after I’d written my first draft, I asked myself if the Spanish that I’m using would translate and be at home in Colombia and Puerto Rico.”

Why did Harry Styles’ Capital One concert get cancelled?