Nicki Minaj Squashes Beef With City Girls: What Is It? 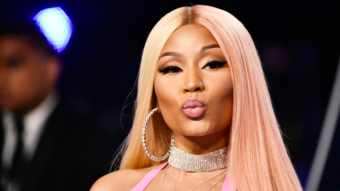 Nicki Minaj is on a lot of sites today, February 2, 2022. She began her day by appearing live on Instagram with Kevin Samuels.

The singer then became the focus of attention following her interview on The Morning Hustle, during which she discussed her conflict with the City Girls. Nicki Minaj Squashes Beef With City Girls: What Is It?

Nicki recently sat down for an interview on The Morning Hustle with Lore’l and HeadKrack. When asked if she’d ever join forces with the City Girls, Nicki was cautious to respond at first.

The rapper stated she felt targeted on the Internet, without getting into the specifics.

What Happened With The Hip-Hop Duo?

Nicki said she wouldn’t go out to dinner with someone if they criticized her. However, she avoided disclosing all of the circumstances behind the conflict between the City Girls and herself.

“If you hear that someone has been slandering you, not just one thing, but many tweets over years, why should I work with someone who doesn’t like me?”, the rapper said.

The City Girls didn’t say much about Nicki, but she claimed that she had heard a few things from individuals close to the hip-hop pair.

Who plays Laurie in Euphoria? Was actress in Spider-Man: Homecoming

The Singers Have Squashed Their Beef

Nicki Minaj, Yung Miami, and JT quickly cleared the air after a few hours after the Interview went viral on the Internet and fans began to support their favourite artists.

All three singers posted individual tweets in which they declared their readiness to put aside their differences and move forward.