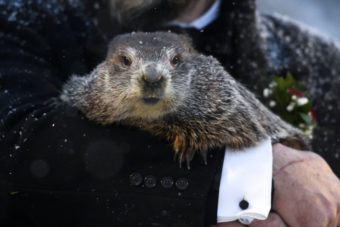 Groundhog Day, February 2nd, is recognized as the day when groundhogs in the United States and Canada forecast the weather.

However, just before the festival began, Mel the celebrity groundhog of New Jersey died, leaving many heartbroken. Mel’s death prompted a lot of questions. Soon after, on Reddit, several strange ideas were put forward by users.

What does it mean when the groundhog dies: Reddit

On February 2nd, Mel’s death the day before the festival generated uncertainty among attendees since they had no idea what would happen if the groundhog failed to predict the weather on February 2nd.

The groundhog’s death has sparked a slew of wild theories on Reddit, including one that says his death is an “indicator of collapse,” suggesting that something terrible might happen. A few others predict they will have six more months of winter since the annual ceremony did not take place.

These are just speculative ideas on Reddit, and they should not be taken seriously.

Wait Till 2023 For A New Weather Prognosticator

When Mel’s death was announced on his official Facebook page, it was revealed that he had been unable to replace him.

“No more babies will be accessible until Spring. We looked all over for a stand-in, but to no avail,” the message adds.

Further stated, “Due to the epidemic, the county is not presently renting out the huge Showmobile stage. We would have had that problem as well.”