Who plays Laurie in Euphoria? Was actress in Spider-Man: Homecoming 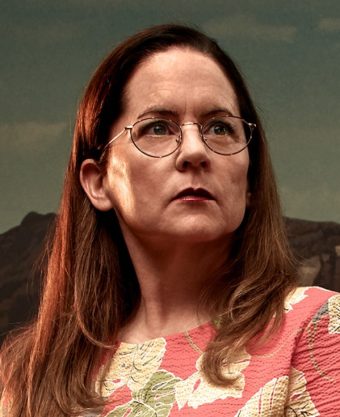 With the drug dealer getting more screen time in episode 3, Laurie is a new figure in Euphoria. Some fans may not recognize the actress behind her toughened appearance, but you’ll be surprised at where you’ve seen her before. Moreover, Euphoria is an American teen drama television series created by Sam Levinson, which centres on a group of dysfunctional high school students at East Highland High School. The show premiered on June 16, 2019, on HBO.

On January 23, 2022, HBO aired the third episode of Euphoria season 2, which focused on Laurie. Aside from learning more about Cal’s childhood, spectators have the opportunity to see more of Laurie in this installment. The character was first introduced in the series premiere, but viewers haven’t seen much of her until now – until episode 3. Keep reading to learn more about her, given that knowledge.

Laurie is a former teacher who became involved in the drug trade. She left to get into the business because she no longer wanted to be a teacher.

As Rue is searching for more drugs, her only option is to become a dealer herself. Rue’s first choice is to go to Fez, who brushes her off before she can even begin her appeal. Plan B involves going straight to Fez’s supplier, Laurie, who was seen for the first time in season 2, episode 1.

Laurie accepts Rue’s offer and receives $50,000 worth of narcotics as payment, but because it’s her first time, she starts with $10,000 instead. Despite the fact that she appears to be a rather calm and understanding dealer, her final words serve to remind us that she is not someone to be trifled with: “Rue, if you screw me over again, I’ll have you kidnapped and sold to some sickos. I’ve always found a way to get my money back. I’m deadly serious.”

Who plays Laurie in Euphoria?

The dealer is played by Martha Kelly, a stand-up comedian. She was born on February 24, 1968, in Torrance, California, and is now 53 years old. She attempted comedy for the first time at the age of 25; she went to an open-mic night at the Laff Factory and performed three minutes of stand-up.

The second time, she said, went well but was met with silence, which shattered her self-assurance. She won the Funniest Person In Austin competition by a landslide in 2000, so she undoubtedly has comedic ability.

Kelly has guested on The Late Show With David Letterman, as well as The Late Late Show with Craig Ferguson. If you see her and are perplexed who she is, she was the Spider-Man: Homecoming Washington Monument tour guide – yes, Zendaya collaborated with her again.