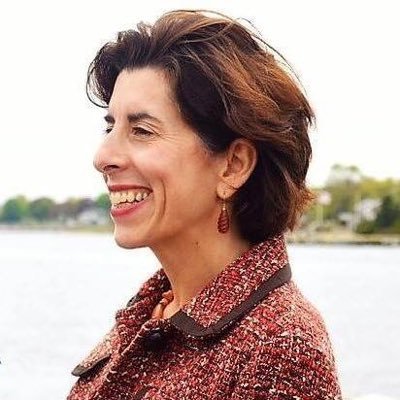 Gina Marie Raimondo (born May 17, 1971) is an American politician and venture capitalist serving, since 2015, as the 75th Governor of Rhode Island. She is a member of the Democratic Party, she is the first woman to serve as Governor of Rhode Island. Prior to her election, she served as General Treasurer of Rhode Island from 2011 to 2015 and was the second woman to hold the office. She was selected as the Democratic candidate for Rhode Island’s governorship in the 2014 election. Raimondo won the election on November 4, 2014, with 41% of the vote, in a three-way race, against the Mayor of Cranston, Republican Allan Fung, and businessman Robert Healey.