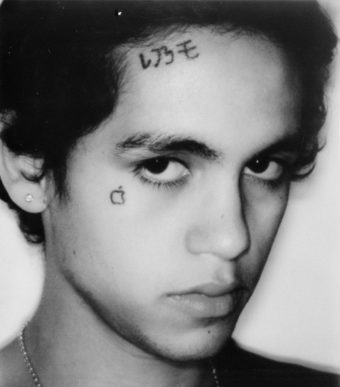 Euphoria is now on HBO Max, where the second season of the series begins today (Sunday, 9 January). The new character in this instalment is played by singer Dominic Fike, who takes on the persona of Elliot.

Following his appearance in the program, curiosity about the singer and actor’s tattoos appears to have increased, with multiple facial tattoos observed. We look at Dominic Fike’s tats as well as their meanings.

How many tattoos does Dominic Fike have?

It is uncertain how many tattoos the artist has, although he appears to have inkings on both of his arms and his body, according on Instagram postings.

On his lower right arm, he has a cartoon figure, and on the top of his right hand, he appears to have a portrait. He also has two tattoos on the right side of his stomach: a tiny butterfly/moth beside an unknown heart design.

On his left hand, the singer has a deer on his lower arm and 97 written on it, as well as script writing on his shoulder. On the left side of his neck is a tiny design.

Some of his tattoos include a red apple on his right eye and the phrase LBE across his forehead.

However, the singer has yet to reveal the meanings of all of his tattoos, but he did shed light on the narratives behind a few of them.

His most famous tattoo, the apple under his right eye, has a deeper significance to the artist. According to Complex, the pattern is in memory of his sister Apple and serves as a “reminder for what he’s striving for.” It’s also reminiscent of the rapper’s earlier appearance in Lame Boys ENT, as the lettering LBE on his forehead reminds him.

The portrait on his right hand is of the Red Hot Chili Peppers’ guitarist John Frusciante in honour of one of his favorite bands.

An enthusiastic user suggested that the cartoon character on his lower right arm is Ness from the classic video game Earthbound.

Griffin Santopietro age: How old is the Cobra Kai actor?