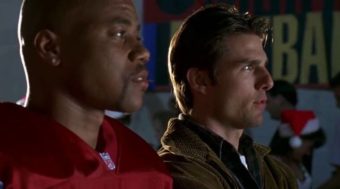 Some people are interested in learning more about JR Maguire after The Tender Bar debuts on Amazon Prime.

George Clooney directs and stars in this drama about a struggling writer who finds solace at his local watering hole. The film focuses on JR’s encounters at the bar, particularly his friendship with Charlie (Ben Affleck).

Is John Maguire based on a real person? We look at the inspiration for The Tender Bar’s protagonist as the film debuts in January 2022.

Is JR Maguire a real writer?

JR Maguire isn’t a real writer, but the movie’s protagonist is based on real novelist and journalist JR Moehringer. The Tender Bar is an adaptation of Mr. Moehringer’s 2005 book titled The Tender Bar, which was published by Simon & Schuster. While the writer is real, his or her character was inspired by a genuine author.

After his debut book, Moehringer was hired to assist other well-known personalities write their memoirs. With Andre Agassi retired tennis star, Moehringer co-authored Open: An Autobiography.

He also ghostwrote Shoe Dog, Phil Knight’s autobiography, for him. Prince Harry has chosen him as the author of his own biography, which is scheduled to be published later this year.

What inspiration does The Tender Bar take from JR Moehringer?

The Tender Bar is the autobiographical account of Moehringer’s youth in Long Island, New York in the 1970s and 1980s.

He revisits his childhood years as well as his early adulthood, which was largely spent at a local bar called Dickens. The story begins with the narrator’s first encounter with Moehringer at this tavern.