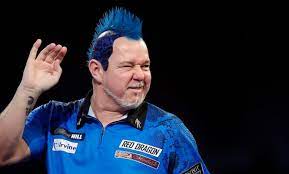 The 2022 PDC World Darts Championship has been taking place at the Alexandra Palace in London since December 15, 2021 – the final, which will see England’s Michael Smith face down Scotland’s Peter Wright, is on tonight.

The Professional Darts Corporation’s 29th year is organizing the World Championship, which it split from the British Darts Organisation in 1998. What time is the final taking place, and what’s the best way to follow the action?

The World Darts Championship final will take place on January 3, 2022, at 8pm GMT (3pm ET, 12 noon PT). The match between Peter Wright and Michael Smith will be the 19th time they have met.

In the United Kingdom and Ireland, Sky Sports Darts holds the television broadcasting rights. DAZN subscribers in Brazil, Canada, Japan, Italy, Spain, and the US can watch it live right now.

The 95th match of this year’s World Darts Championship will run over 13 sets.

How Much Does The Winner Take?