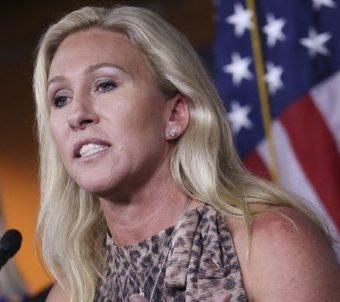 Marjorie Taylor Greene, a Republican representative from Georgia, has been no stranger to disciplinary squabbles on Twitter; however, the social media app has finally decided to put an end to Ms. Greene’s dissemination of disinformation by permanently deleting her from the platform.

While Marjorie Taylor Greene’s Congressional Twitter (m.tgreene) continues to operate, she will no longer be able to use her personal verified account, m.tgreenee.

Why Has Marjorie Taylor Greene Been Permanently Suspended?

On Sunday, Twitter released a statement explaining why Greene’s account had been deactivated. “We have permanently suspended the account you referred to (@mtgreenee) for repeated violations of our COVID-19 misinformation policy,” they explained. “As we’ve said before, per our strike system for this policy, we will indefinitely suspend accounts for repeatedly breaking the rule.”

The suspension came after she reported statistics from the Vaccine Adverse Effects Reporting System, which is a site popular amongst anti-vaxxers, according to Greene’s office.

As Greene’s fifth violation of Twitter’s misinformation rules, she has been permanently banned from the account, which had more than 465,000 followers. This is a position that Greene has taken in opposition to, alleging that “Twitter is an enemy to America.”

Greene’s account was previously banned from Twitter for spreading conspiracy theories and false statements. Greene’s tweets about Covid-19 and the 2020 Presidential election resulted in temporary limitations on her account in the past.

Green, along with millions of others worldwide, was placed under quarantine on June 2021 due to the COVID-19 pandemic’s growth of fear and panic. Greene claimed that coronavirus “is not harmful for non-overweight people or those who are 65 years old or younger,” a statement that is untrue since almost 250,000 of the 825,000 fatalities at the time were under the age of 65.

Finally, in August of 2018, Greene received her fourth strike. Her accusations this time were that vaccinations are failing despite having no proof to support them. As a result of her complaints, her Twitter account was shut down for a week.

In March of last year, Twitter introduced a strike system in response to public demand for social media platforms to crackdown on misinformation during the COVID-19 pandemic.

With each hit, Twitter enhances the penalties. Users are not subjected to punitive measures if they receive strike one. However, strikes two and three will result in a weeklong suspension. Users who receive a fifth strike will be permanently suspended as Greene discovered the hard way.

However, Greene isn’t the first US politician to have his or her account banned from Twitter. After a large number of Republicans stormed the Capitol on January 6th, 2017, Trump’s account was permanently deleted by Twitter. According to Twitter, Trump’s conduct fell foul of their glorification of violence rules since he posted tweets that encouraged people to express violent sentiments.

The platform has made it clear that politicians like Andrew Greene and Donald Trump are not above their community standards, and “cannot use Twitter to promote violence, among other things.”