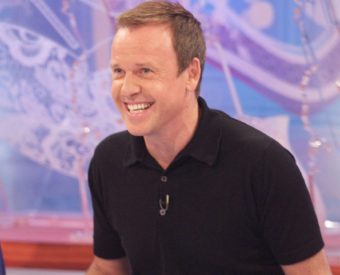 The show’s regular host, Tim Lovejoy, was absent for the Sunday Brunch on 9 January, 2022. The hosts of the popular Sunday Brunch programme will be familiar to fans of Tim Lovejoy and Simon Rimmer.

Instead of Tim, however, Miquita Oliver sat in for him this Sunday. So, where is Tim Lovejoy now? When will he be back on camera?

Where is Tim Lovejoy on Sunday Brunch today?

Tim Lovejoy is on vacation, according to the official Sunday Brunch Instagram account. There’s no need to be concerned about Tim’s absence; he isn’t unwell or leaving the program! It’s probable that he’ll return in the near future.

The Instagram post also requested fans to submit photos of Tim for the regular ‘Tim Watch’ section. Tim Lovejoy has not confirmed where he has been on holiday on any social media platform.

For Miquita Oliver, Sunday Brunch is a joy to host. Since she was a teenager, Miquita has worked with Channel 4; her mother, Andi Oliver, is also a TV chef and presenter.

Miquitia was an ideal match for this position! She’s already filled in for him as co-host on numerous occasions. Viewers quickly took to the internet to praise Miquita after she returned to screens.

Miquita is a breath of fresh air, according to one viewer. Another called her “funny and energetic.” The Miquita and Simon were assisted in the studio by Ellie Taylor, Jamie-Lee O’Donnell, Adam Woodyatt, and Vicky Pattison.

Tonia Buxton was the guest chef of the day. Camille Vidal and Bonnie Chung supplied drinks and cuisine for everyone.