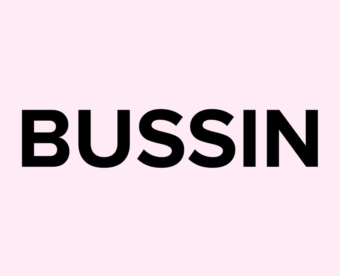 What does the phrase “Bussin” mean? We look into it and why it’s becoming popular on Twitter.

In October 2021, Twitter users have been fighting to get the term removed from internet jargon. On March 13, streamers Quackity, Karl Jacobs, and Sapnap used the term. Following online discussions regarding why it was not appropriate for them to use the word, they began using it. “quackity karl and sapnap say it all the time and as a black person it makes me very upset so pls don’t say it if u aren’t black i BEG,” one Twitter user pleaded.

What is the meaning of ‘Bussin’?

Bussin is a synonym for “excellent,” according to one source. It’s used in reference to food and cuisine.

Bussin has been co-opted by internet jargon and is being used in an improper context, according to one Twitter user. They wrote: “bussin is aave and it just refers to food! A FIT CANNOT BE BUSSIN.”

AVE is a dialect of English spoken by people from the continent of Africa or their descendants. It originated as Black English Vernacular or Vernacular Black English before being renamed African American Vernacular English. You can read more about the history and vocabulary of AAVE here.

You may learn more about the AAVE terms here. Many of these words have been absorbed into internet slang without people knowing their origins.