Griffin Santopietro age: How old is the Cobra Kai actor? 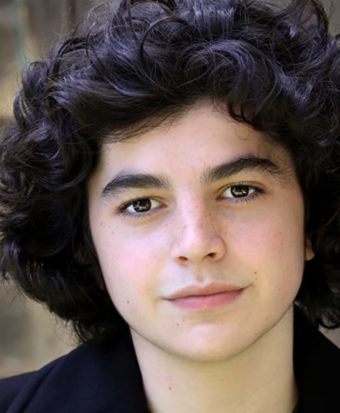 Griffin Santopietro plays Anthony LaRusso in Cobra Kai, but how old is the young star? Griffin Santopietro has been in the cast of Cobra Kai since the first season, which debuted on YouTube Red in 2018. Anthony LaRusso is back for Netflix’s fourth season after a lengthy absence. When compared to previous three seasons, the character has had significantly more screen time in season four.

How old is Griffin Santopietro from Cobra Kai?

Anthony LaRusso has been the one constant in the series for many fans, and he has played a key part in keeping them hooked. He has always played a minor role in the series, although he is a well-known figure that appears from time to time.

In the third season, his most iconic moment came when he visited Miyagi-Do Karate with his mother, Amanda LaRusso (played by Courtney Henggeler). Amanda is scolding his older sister, Sam (Mary Mouser), who is mimicking her words while eating an ice lolly.

Star Griffin Santopietro, who is 15 years old, auditioned for the part when he was just 12 years old.

At such a tender age, the star has a long history in the entertainment business. Santopietro can also be seen in New Amsterdam, Unbreakable Kimmy Schmidt, and The Badass Babes of Entertainment.

There are no indications that he is slowing down, either. The up-and-coming star will appear in the horror sequel Terrifier 2. He also has some goals for himself, as revealed to Nerd Reactor.

Santopietro said: “DC, My top choice is Batman, but since I’m 15, I would like to play any of the Robins.”

Santopietro’s role in the series has increased significantly this season, according to fans, when compared to previous seasons. His character, on the other hand, has been a contentious one since day one because of his conduct during season four.

Many of his supporters, however, are having none of it. Many of them have taken to Twitter to voice their displeasure with him.