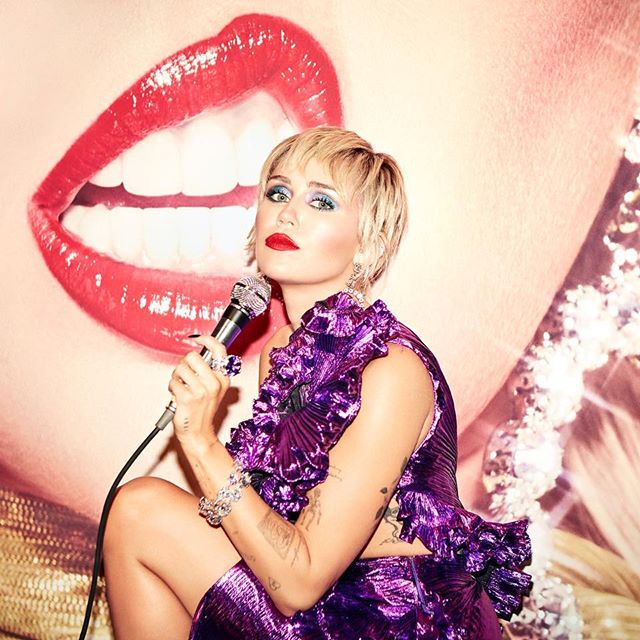 Miley Cyrus has suffered a major wardrobe malfunction while performing at a New Year’s Eve party, when her top broke almost exposing her bare chest.

Miley Cyrus, 29, was co-hosting a New Year’s Eve bash in Miami, Florida, with Saturday Night Live star Pete Davidson when her silver dress suddenly broke. The singer handled it like a pro and refused to let it ruin her performance after her wardrobe problem occurred during the performance of Party in the USA.

Miley was co-presenting the special on NBC with Pete Davidson, 28, last night, with the show being streamed live from the US.

It was just moments after midnight when her strappy silver top came undone during her enthusiastic performance of her 2009 hit.

The singer was forced to think fast as she caught the top with her hands and appeared momentarily shocked as she looked down at her chest to ensure it wasn’t exposed.

She then proceeded to retreat backstage while her band and backup singers stalled.

However, the former Hannah Montana star didn’t leave the crowd waiting for long, as she soon emerged wearing a bright red blazer with nothing underneath it.

Making reference to the second verse of her song, she quipped: “Everybody’s definitely looking at me now!”

For the performance, Miley had chosen a flimsy, backless silver top with strategic tears in the fabric, with a tiny silver miniskirt to match.

The star’s performance of Party in the USA was part of a medley that included her popular 2020 song Midnight Sky and her 2013 hit We Can’t Stop.

Following the mishap, comedian Pete took to the stage while Miley was sorted out by her wardrobe team, acknowledging that there was “almost a boob slip” live on air.

When the show was drawing to a close, Miley also made reference to the slip-up as she thanked viewers for tuning in.

She said: “Tonight’s show was all about being flexible. Rolling with the punches and making the best out of even the worst circumstances. And that resilience shouldn’t end here.