Jeanine Ann Roose Dies Aged 84 After An Infection: Death Cause 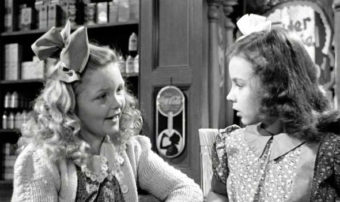 Who Was Jeanine Ann Roose?

The on-screen star had been suffering from health issues for the past few months, according to TMZ.

Tributes have poured in on social media for the beloved child star.

Twitter user, Lion Tamer wrote: “Surely one of the last to survive that film, but what a film and what a cast. RIP Jeanine Ann Roose.”

“My favourite Christmas movie, ‘Every time you hear a bell ring – an angel gets its wings.’ RIP, Violet,” Butterfly commented.

Janet Moore remarked: “Watching that movie on Christmas Eve is one of my favorite traditions. RIP Violet.”

Jeanine worked as a child actor in the 1940s and is most famous for playing Little Violet in It’s a Wonderful Life.

The 1946 Christmas film is based on the novel The Greatist Gift by Philip Van Doren Stern.

The movie tells the story of George Bailey, who continuously sets aside his own dreams to give back to his community.

But when a financial crisis pushes him to the brink, an angel named Clarence is forced to intervene.

The spirit showed him that without him how the lives of those he loved would have been changed for the worse if it wasn’t for the kind gestures through which he lived his life.

Jeanine’s first acting role was in The Jack Benny Program when she was just eight-years-old.

She also had radio appearances, including in the Lux Radio Theatre production of I Remember Mama, with her only film role being in It’s A Wonderful Life.

The on-screen star also had TV appearances in The Fitch Bandwagon and The Phil Harris-Alice Faye Show.

The actress decided to not continue with her acting career as an adult but instead enrolled at UCLA and went on to become a psychoanalyst.