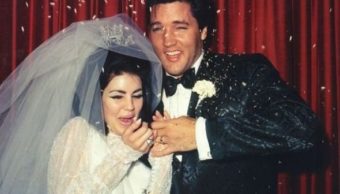 Elvis Presley’s final will was co-signed by his girlfriend Ginger Alden, who was also his fiancée but The King died before their planned wedding day. Even so, Ginger ended up receiving exactly the same as his ex-wife Priscilla.

Over the New Year of 1977, Elvis was apparently happy and determined to get healthy. He told his father Vernon all about his plans to propose to Ginger, which he did later that January. He also spoke of starting a family with her and having a son. Ginger and Lisa Marie Presley attended the New Year’s concert The King gave at the Pittsburgh Civic Arena. He was in fine spirits, looking to the future, and in March he wrote his final will and testament, outlining exactly who would get when he died. Of course, nobody imagined that day was only five months away.

Elvis wrote his final will on March 3, 1977. It was signed by Ginger who gave her address as 4152 Royal Crest Place. Even though they had got engaged on January 26, she refused to move in with The King.

The will was also signed by the star’s long-term friend since his army days, Charlie Hodge and Anne Dewy Smith, the wife of Elvis’ attorney Beecher Smith.

After the star’s shock sudden death on August 16, 1977, the will was admitted to probate on August 22 and by the following day, newspapers around the world had started to report how the estate of one of the biggest stars in the world over the past three decades would be distributed.

Ever since they had met on November 19, 1976, Ginger had become the primary girlfriend in Elvis’ life.

It was widely known that the star was rarely faithful for long and many of the Memphis Mafia openly doubted that she would last, but Vernon himself later testified to his son’s sincere happiness with her and his desire to marry and have more children.

Vernon said: “I never got to know Ginger Alden well. She’s not much of a talker, but a while back Elvis told me he’d fallen in love with her. ‘This is the love I’ve been searching for,’ he said. ‘I want more children, a son. And I want Ginger to be my children’s mother.’ After that, Ginger and Elvis came over to show me her engagement ring. That was one of the few times I’d ever seen her smiling.”