Who Is Lil Durk’s fiance, India Royale: What We Know So Far 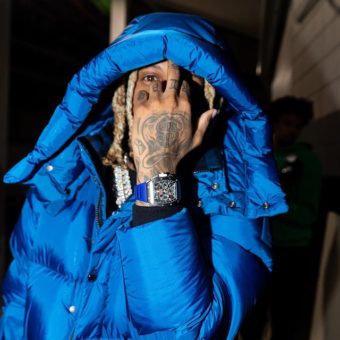 “She’s my queen. I love her to death. I don’t want to live without her. I was going to do it in the studio, but I felt like this was more special,” Durk said of his proposal to India Royale. Who is Lil Durk’s fiance, India Royale: What We Know So Far?

Who is India Royale?

India Royale is an Instagram model and influencer who is known for her affiliation with Lil Durk. Her boyfriend, 26-year-old Kyle Koehn, was raised in Chicago and has three older siblings: two sisters and a brother.

She has over 2 million Instagram followers and maintains a YouTube channel with over 370,000 subscribers. She also runs her own beauty businesses, India Royale Beauty and India Royale’s Hair Vendor.

Rapper Lil Durk added an extra special something to his concert setlist Saturday night — a proposal!

The 29-year-old rapper — whose most recent release, “Broadway Girls,” features Morgan Wallen —popped the question to longtime girlfriend India Royale on stage in his hometown of Chicago.

Durk (né Durk Banks) first serenaded his bride-to-be with his 2018 song “India Pt. II” as she joined him onstage at the United Center, where he was performing at the 107.5 WGCI Big Jam.

As the model and influencer turned away, Durk got down on one knee and held out a ring box.

When did the couple start dating and how many kids do they have?

Lil Durk began dating India in 2017 and proposed to her in December 2021. Willow Banks, their first child together, was born in 2018.

She has a six-year-old daughter from a previous relationship and celebrated Willow’s birthday in 2020 on Instagram.

“My firstborn too sweet, I knew God wasn’t letting me off that easy. My Twin shawty, Besties 4Life.”

The little family resides in Atlanta and were at the center of a home invasion in the early hours of Sunday, July 11, 2021.

According to TMZ, several individuals broke into Lil Durk and India’s home in the Chateau Elan neighborhood.

The rapper, who goes by the name Durk Derrick Banks, engaged in a gun battle with the intruders.

It was a successful operation. Nobody was injured, and the suspects fled the area following the gun battle.

Who else has India dated?

According to a video that surfaced on social media in 2020, India was previously involved with someone. It appears her former partner captured them listening to one of Lil Durk’s songs before she became his girlfriend.

In a recent Instagram video, India was seen in the passenger seat of her ex’s vehicle, singing as she drove.

She wrote next to it: “Imagine you’re vibing to Durk with your girl one day when you look up and she’s living well with him and their kid.” A Twitter account called @580GeeBaby_ recently uploaded a clip featuring India and her ex in the car, where they were both singing.

“India you funny ash for this,” a fan tweeted, to which businesswoman responded: “This how me and Durk be in the car listening to it now.” Ouch.