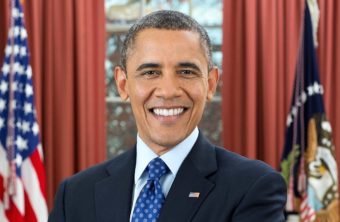 Barack Obama has revealed his favorite music, films, and books on an annual basis since he began serving as president. Why does he do it? Nobody knows, but it’s become a yearly ritual for the previous President to share his favorites on social media.

Finding out what Barack has been listening to and watching is quite interesting, and some of it you probably wouldn’t expect. His favorite music is collected into a Spotify Playlist so that everyone may enjoy it.

Over the next 12 months, you’ll be able to hear all of your favorite music, as well as some truly wonderful new songs. Some of them may surprise you…

“I’ve always enjoyed listening to a wide variety of music, so it’s no surprise that I listened to a little bit of everything this year. I hope you find a new artist or song to add to your own playlist,” he wrote.

The playlist features one song from each of the 90 artists, as well as a few songs we’ve never heard. The likes of Lizzo, Bad Bunny, and Lil Nas X all have unexpected tracks in the list. Barack dancing in his kitchen to Lizzo and Cardi B‘s Rumors makes us laugh.

Listen To It On Spotify

On Spotify, you may listen to all of Barack Obama’s favorite songs from 2021. The streaming site has created a playlist called “Barack Obama’s Favorite Music of 2021” out of his top songs.

The track list is 1 hour and 50 minutes long, and you may listen to it here.

Barack Obama’s top ten movies were compiled into a handy playlist on YouTube, where you may watch them all.

Drive My Car
Summer Of Soul
West Side Story
The Power Of The Dog
Pig
Passing
The Card Counter
Judas And The Black Messiah
The Worst Person In The World
Old Henry
The Last Duel
The Tragedy Of Macbeth
C’mon C’mon
Quo Vadis, Aida?