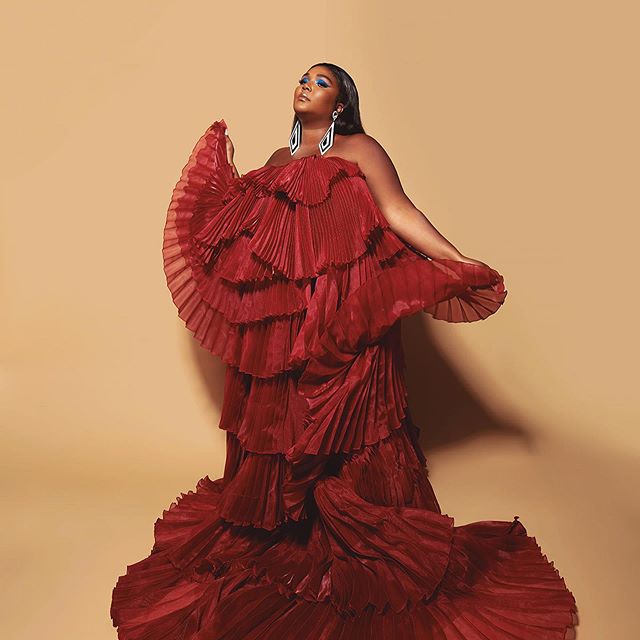 Lizzo, is an American singer, rapper, songwriter, and actress. She was born in Detroit, Michigan and later she moved to Houston, Texas, where she began performing, before moving to Minneapolis, where she began her recording career. Before signing with Nice Life and Atlantic Records, Lizzo released two studio albums—Lizzobangers (2013), and Big Grrrl Small World (2015). In 2014, Time named her one of fourteen music artists to watch. Lizzo’s first major-label EP, Coconut Oil, was released in 2016. Her real birth name is, “Melissa Viviane Jefferson”.

As of 2021, Lizzo, the body-positive musician net worth is estimated around worth $10 million. Lizzo’s newest album “Cuz I Love You” was the best-selling album by a female rap artist in 2019, as well.

Lizzo’s 2017-released single “Truth Hurts” peaked at the top of charts in August 2019 and her 2016-released single “Good as Hell” reached the top of the charts in November 2019. Tickets to a Lizzo concert on the secondary market cosr an average of $121, with some tickets as inexpensive as $46.

For her upcoming performance at the iHeartRadio Music Awards on March 29 in Los Angeles, tickets cost between $80 and $255. She also runs her own merchandise where she sells her own product range.

Lizzo was born on April 27, 1988 in Melissa Viviane Jefferson in Detroit, Michigan. She is 33-yrs old.

As of 2021, Lizzo is single and very focused on her career. As per her previous dating history, in June of 2018, Lizzo and Chris Evans engaged in a playful twitter banter, initiated by Evans, escalated by Lizzo. Lizzo posted a video of a dancing teen and said, “Rare footage of me as a child” followed by a dancing lady in red dress emoji. Evans quoted Lizzo and said, This kid is cooler than I could ever hope to be.” To which Lizzo responded cheerfully, “wow marry me”.

Followed by a crooked mouth emoji. See for yourselves! Lizzo certainly is bold in her romantic endeavors! We’d certainly swoon over a possible Lizzevans, or Chrizzo. Two months earlier, in April of 2019, Lizzo appeared on the Trevor Noah Show, wearing a revealing low cut neon red shirt dress and emerald earrings, looking dazzling and delicious. In the comment section of a YouTube clip, viewers are heavily speculating and encouraging a love affair between the two stars. Trevor Noah can be observed flirting with and enjoying Lizzo very much.

When asked about her gender and sexuality, Lizzo said, “I personally don’t ascribe to just one thing…. That’s why the colors for LGBTQ+ are a rainbow! Because there’s a spectrum and right now we try to keep it black and white. That’s just not working for me.” She has a strong LGBTQ+ following and has dubbed her fans “Lizzbians”.

When she was ten, her family relocated to Houston, Texas. Lizzo started rapping as a teenager in a southwest part of Houston known as Alief. At the age of 14, she formed a musical group called Cornrow Clique with her friends. At this time she acquired the nickname “Lizzo”, a variant of “Lissa” inspired by Jay-Z’s “Izzo (H.O.V.A.)”. As per her education, after graduating from Alief Elsik High School, she studied classical music focusing on flute at the University of Houston.

At 21, after the death of her father, she lived out of her car for a year as she tried to break into the music industry. She moved to Minneapolis, Minnesota, in 2011.