TikTok: What is the 5 and 500 challenge explained? 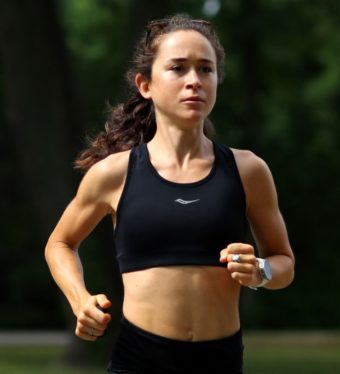 The internet is now full of people performing the viral 5 and 500 exercise regimen. One video maker after another has joined the movement, which is all over YouTube.

The extreme workout challenge isn’t everyone’s cup of tea, but many professional trainers and gym junkies can’t resist trying it.

The goal is for internet users to squat and deadlift 500 pounds before running a mile in less than five minutes. The difficulty, however, is that they must complete the task in one day. It is not advised/safe to pick up enormous weights one minute and then run a mile the next without any practice for workout fanatics.

Lifting huge weights helps our bodies build muscle. However, when we try to run, the same bulk slows us down.

According to Men’s Health, “taking on this challenge may help you build muscle and shed fat while also providing you with serious fitspiration in 2022.”

Does Zendaya have TikTok? Fake Zendaya TikTok account is verified

How Did The Viral Challenge Come About?

The 5and500 challenge was founded by CrossFit Games director Dave Castro, according to Men’s Health.

In his recent book, the director relates a conversation he had with athlete Scott Panchik. The pair decided to design a difficult fitness challenge in which participants must complete a sub-five-minute mile, 500-pound back squat, and 50 unbroken pull-ups in one day as an exceptionally “elusive” goal. The problem remained hidden in the book for three years, as most people thought it to be unattainable.

Thanks to Adam Klink, a CrossFit coach from Virginia, who decided to give it a shot during the epidemic last year, it is becoming more popular among the general public. After completing 10 weeks of training, Adam was able to hit his pandemic goal and post an 18-minute film in which he finished a mile in 4:56, squatted 500 pounds, and then managed to do 50 consecutive pull-ups later that day.

The 5and500 is a long-term objective designed to help people find a greater sense of purpose in their workouts. If you’ve hit a rut during your workout routine, this fitness project might be what you need to get things going again.

The goal is to deadlift or squat 500 pounds, then run a sub-five-minute mile in the same day. However, it takes months and months of hard work to achieve this goal.