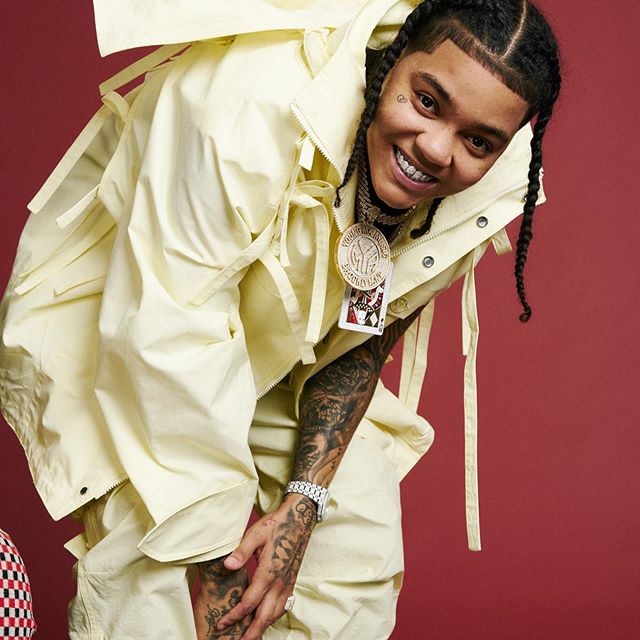 Young MA real name is Katorah Marrero who is an American rapper and entrepreneur. She rose to fame after releasing her quadruple-platinum hit single “Ooouuu”. The single breaks the top 20 of the Billboard Hot 100, boasting over 300 million YouTube views on the music video. Beside this, she was also nominated for BET and MTV Artist of the Year and Female Hip-Hop Artist of the Year awards. Tune in bio and explore more about Young MA’s age, height, weight, boyfriend, career, net worth and many more facts.

How old is Young MA? She was born on April 3, 1992, in Brooklyn, New York. At present, she is 28-yrs old. She holds American nationality. She belongs to mixed ethnicity. Her mother is Jamaican, and her father is Puerto Rican. She is very close to her mother and father who aspires and supports her a lot. She graduated from Sheepshead Bay High School, in 2010.

She is very open about her sexual orientation. She is lesbian. She stated that she has liked girls since the first grade. She said, “No, I’m Young M.A . . . . We don’t do no labels. I just wouldn’t date a guy. Nah bro, I don’t like that.”

Who is the current boyfriend of Young MA? She has not given any insights about her romantic life. She is single and enjoying her life at the fullest. She is very focused on her career.

How much is the net worth of Young MA? She began appearing on magazine covers. She has been featured in global ad campaigns for Google Pixel 2, Beats By Dre and Pandora. She has appeared on a variety of television shows and performed alongside Alicia Keys on The Tonight Show Starring Jimmy Fallon. In 2018, Young M.A was featured on the Forbes 30 Under 30, the same year she launched the KWEENZ Foundation with her mother. Young M.A has also received a proclamation from New York City. As in 2020, her net worth is estimated around $3 million. Singing is her primary source of income.