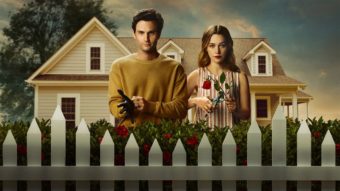 You is now available on Netflix for its widely anticipated third season, which has been a long time in coming. Joe is pushed out of his comfort zone in the new season, which takes place in Madre Linda, a lovely suburb. But how many episodes are there in You season 3 and will there be a fourth?

‘You’ Season 3 Release Date And Plot

Season 3 of You premiered on Netflix on October 15th, 2021, more than two years after the previous season aired. In the new season, we reconnect with Joe and Love in their new suburban paradise, Madre Linda. The pair are now married and have a baby son named Henry to look after.

While Joe and Love appear to be a match made in heaven, he still has doubts about her intentions and when their neighbor catches his eye, the situation takes another deadly turn.

How Many Episodes In ‘You’ Season 3?

Season 3 of You has ten episodes in total. Season 1 and 2 both had 10 episodes each, so the episode count shouldn’t come as a surprise to existing fans.

While the majority of episodes in You had a duration of 45-to-50 minutes during its first two seasons, season 3 is different. Apart from episode 10, which runs for 58 minutes, the rest of the episodes have a duration of 45 to 50 minutes.

The titles of the upcoming episodes were leaked before the new season’s debut:

Will ‘You’ Return For Season 4?

Yes, Netflix has confirmed that You will indeed be returning for season 4.

On October 13th, less than two days before the third season of Mr. Robot aired on Netflix, the network announced that it had renewed the thriller for a fourth year.

There’s no word on when Season 4 will be released, but hopefully we won’t have to wait nearly two years for the next episode.