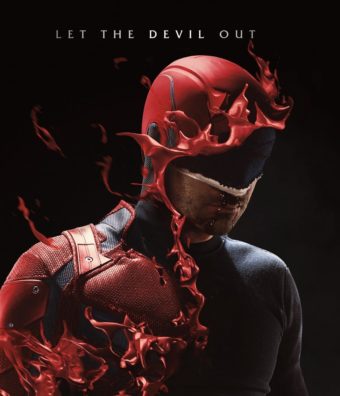 Daredevil is a blind crimefighter for Marvel’s superhero comics, but the Man Without Fear has lost his eyes and chosen to be blind numerous times. Daredevil is one of the few totally blind superheroes in comic books, thanks to his superior sense perceptions.

While Matt Murdock was poisoned as a youngster by a radioactive substance, his other senses have improved to superhuman sharpness, allowing him to see things that most people consider “normal.”

Daredevil Could Actually See, But He Chooses Not To

Matt has repeatedly apologized for losing his eyesight, so it may come as a surprise to learn that Daredevil has had numerous chances to regain his sight – but typically opts to remain a blind man. Let’s look at all of the ways Daredevil regained his vision and why he consistently refuses to get it back.

Matt Murdock was blindsided when the all-powerful being The Beyonder attempted to engage him in a legal takeover of Earth during Marvel’s Secret Wars II event. When asked to leave a retainer, the Beyonder not only utilized his abilities to recover a million dollars from an old shipwreck – he also restored Daredevil’s eyesight. This startled Matt, forcing him to adjust to new sense stimuli (aside from superhuman senses, he still perceived the world through his other senses).

Can the Protagonist of “Daredevil” Really “See” While Blind?

Matt was strangely nervous when he finally saw how big the buildings in New York were, even though he’d been swinging around them for years as a blind man. Despite this initial dizziness, Matt was able to adjust quickly to his new sighted situation and enjoy a day of perfect sight – but then he realized that he couldn’t in good conscious enable the Beyonder to take over the world, so he requested the cosmic being to restore his eyesight once more.

The Beyonder agreed not to use Matt’s legal practice in his plot for world domination, but he offered to let Matt keep his sight as a gift. However, Matt refused to cave on his moral convictions, and he threatened the Beyonder with a lawsuit if he didn’t restore his vision. Daredevil was infused by the Enigma Force years later and became Captain Universe, a cosmic-powered hero.

The blind state was restored, but his senses were amplified as the Enigma Force enhances all of a hero’s natural abilities. Matt found himself overwhelmed by the influx of information, and he requested that the Enigma Force remove him from it, returning him to his blind condition.

Who Was Rory Lomax, Johnny Flynn’s Character In The Dig?

Despite the fact that cosmic forces can’t restore Daredevil’s sight on their own, there are other ways. In What If -? #8, Electro, a Spider-Man villain, finds out that Daredevil is blind and informs the public. Because criminals now know how to overpower his superhuman senses, Matt agrees to an operation to restore his vision but takes away his super powers. Matt goes public with his identity at the end of the story and wins re-election as District Attorney, going from “DD” to “DA.”

In the main aspect, Matt also regained his sight through surgery, but with a twist. In “Flying Blind,” Matt is brainwashed by SHIELD to believe he’s a French painter for an undercover operation. Somehow, having his brain rewired causes his sight to return (while allowing Matt to keep his superhuman senses). For Matt, the experience is excruciatingly dizzying. As genuine recollections return, his vision disappears (for some unknown reason).

Matt Murdock will never be able to see properly

Of course, readers are aware of the actual reason Matt Murdock will never be able to see properly again (besides alternative reality stories).

Daredevil’s appeal is so intrinsically linked with blindness that becoming sighted would detract from his personality. Nonetheless, in a world filled with magic and super science like the Marvel Universe, Daredevil will undoubtedly have numerous chances to regain his sight. Just don’t anticipate him to keep it for long.