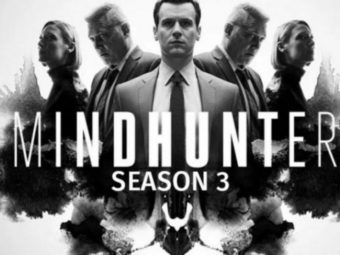 Fans wasted no time consuming all nine episodes of David Fincher’s crime thriller Mindhunter in one sitting before turning their eyes to the future after the second season debuted on Netflix in August 2019.

It appeared that a third season might be confirmed last month, when Netflix revealed a special David Fincher event would take place on October 13.

It was widely expected that a third season of Mindhunter would be announced, but fans’ hopes were swiftly dashed when it became apparent that Fincher’s new project was instead a docuseries called Voir – “a series of visual essays about movies” that will premiere at the American Film Institute’s AFI Fest on November 13 and then air on Netflix at a later date. Mindhunter fans shouldn’t give up all hope of a third season, however.

There are still a lot of real-life serial killers for the series to focus on, and for FBI agents Holden Ford (Jonathan Groff) and Bill Tench (Holt McCallany) to investigate alongside psychologist Wendy Carr (Anna Torv). There’s a chance that Mr. Fincher will return to Mindhunter when he is finished with current projects such as Voir, so there’s always that.

He initially intended to make five seasons of Mindhunter, thus there is possibility that he will return when he has finished with other things like Voir.

Since completing filming on the second season of Mindhunter in 2018, Fincher has been quite active with several projects.

He directed Netflix’s Mank, which won two Academy Awards in April 2021 (for Cinematography and Production Design), produced the second season of animated series Love, Death & Robots, and as well as producing Voir this year, he is also planning to direct an adaptation of The Killer novel starring Michael Fassbender. It’s easy to see why Netflix said on January 15, 2020, that Mindhunter season three is now on indefinite hold (not technically canceled because the cast and crew were let out of their contracts), in part due to David Fincher’s hectic schedule.

The second season made its debut on Netflix in August 2019, more than a year after the first. Season one debuted all the way back in October 2017, but we had to wait until August 2019 for the sequel, which was absolutely torture.

Even if Mindhunter is resurrected, we’re in for a long wait because the amount of detail and study needed to produce it is immense.

There’s also a chance we’ll see Ed Kemper (Cameron Britton), as well as several other serial killers that Holden and Bill haven’t yet met, in season two. In season one, Special Agent Jim Barney (Albert Jones) made a brief appearance when he interviewed for a position with the FBI’s Behavioural Science Unit. However, Gregg was appointed instead.

In the second season, however, he was a huge presence during the Atlanta Child Murders investigation. Whether or not we’ll see him again is uncertain. Debbie Mitford (Hannah Gross), who was absent in season two, and Lauren Glazier, the bartender Kay Manz had a brief fling with, don’t appear to be coming back.

The first season had ten episodes, whereas the second was reduced to nine. We predict there will be a third if there are more.