Will there be a Hellbound season 2? 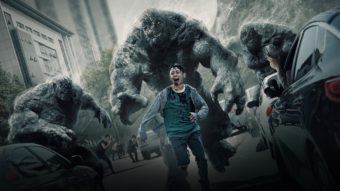 It’s difficult to know which series will survive these days and which ones will be canceled. With the well-received Netflix Korean drama Hellbound, many are asking the same question. Unfortunately, there has been no official statement regarding the show’s future, and this uncertainty might feel like an eternity for fans desperate to find out what happens next.

The film’s first chapter, Hellbound, opened with a frightening display of hellish demons tearing apart a man who has apparently signed enough to merit such a penalty before receiving an eternity of pain and anguish. This happens to people all the time, changing society and the ripple effect of the discovery that the afterlife is real, which is a fascinating journey from beginning to end, as well as leaving the door open for more entries.

One would suppose a gripping narrative and the fact that the entire affair was well-received by subscribers would be enough to guarantee another season. ,,,However, this is not always the case, as Jupiter’s Legacy and Cowboy Bebop had strong debuts but weren’t powerful enough to continue the tale.”

The first season had some strong performances and well-written storytelling. It would be a shame if another episode wasn’t on the docket because there’s so much more to see. So, before anybody jumps to any conclusions, here is some information regarding Hellbound season 2’s status.

Is Hellbound season 2 coming to Netflix?

Unfortunately, Netflix has not renewed the series, but Yeon Sang-ho, the creator of Hellbound, has a strategy for producing additional episodes.

According to a Variety interview, the Hellbound director explained where his thoughts were when it came to a possible second run of the successful series.

It would appear that there must be a conversation before anything else can happen, and it appears like both parties are enthusiastic about taking it over.

The Netflix drama Hellbound has not yet been canceled, as of now. There’s still a possibility for another season to come out, and fans should be patient when it comes to waiting for confirmation about the program’s fate.

Fortunately, there are a plethora of other fantastic Korean dramas accessible for subscribers to watch while they wait for news on another season of Hellbound. The Silent Sea, Squid Game, and Kingdom are just three of the excellent shows now available to stream.