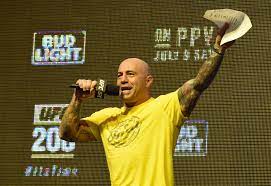 Is there any way we could declare 2022 the year of Tours? After one another, there are so many news drops coming and returning in 2022. Joe Rogan also made it clear that he’d love to have his tour in 2022.

Tickets for the Joe Rogan Experience are already on sale. This day can’t get any better, right? Joe Rogan’s comedy tour will leave in 2022. On April 20th, Dickies Arena in Fort Worth, Texas, will host Joe’s show.

Rogers Arena in British Columbia was originally scheduled to host Joe’s tour on April 20th. Covid-19 had changed its plans, however, and as a result, travel limitations were imposed throughout Canada.

Joe Rogan’s Comedy Tour: What Do We Know?

Joe Rogan has been an outstanding commentator, and to ensure that his fans were not deprived of his humor, he continued to upload his podcast on YouTube. On Wednesday, August 30th, the Cat Daddy took to social media to inform fans about the “presale tickets.”

These tickets could be bought until Thursday.

“4/20 Dickies Arena in Fort Worth, Texas. Presale is today, Wednesday, January 26th at 10 am local time until Thursday, January 27th at 10 pm. The ticket link is at http://joerogan.com. Password is ROGAN.”, his post read.

Want To Get Presale Tickets & Price?

The public offering will begin on Friday, January 28th at 10:00 a.m. Central Standard Time (CST). You may enter the password “ROGAN” to participate. The comedian has also published the information on both his Twitter and Instagram stories.

After the general sale begins, the ticket prices may fluctuate. You may purchase tickets on Ticketmaster for $45 to $75. He also informed fans that the event will be a “phone-free” experience.

Because Joe Rogan’s podcast is now available on Spotify, he is able to publish his episodes. The 54-year-old puts in a lot of effort to produce regular episodes with his guests. He also makes an effort to keep the dialogue light and amusing.

Joe Biden, on the other hand, has an estimated net worth of $5 million. He is a well-known voice in UFC and one of the most famous people in the industry. Joe was at UFC 270 last weekend to watch the fights. Joe’s vibrant Instagram account demonstrates his enthusiasm.

“This is why. Because the vaccination protects you from a bad infection, allowing you to acquire robust immunity from having the actual disease itself.”