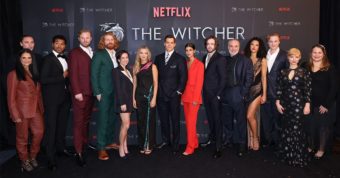 The Wild Hunt are mentioned in the final episode of The Witcher Season 2. After watching The Witcher, fans were curious who the “Wild Hunt” were and why they wanted Ciri. Here’s all you need to know about it.

The Witcher’s first season wraps up Geralt’s search for Ciri when he discovers his Child Surprise in the woods. Season 2, on the other hand, was primarily about Ciri’s enigmatic abilities, and the series’ final episode finally revealed her full potential.

The second episode of The Witcher was very shocking, as it revealed a lot about Ciri. However, the most fascinating aspect of the episode was undoubtedly the first appearance of the ‘Wild Hunt.’

The Wild Hunt In The Witcher Explained

The elves who left the main world through portals during the Conjunction in The Witcher books are known as the Wild Hunt, or the Wraiths of Mörhogg. These elves traveled to a new planet, where they discovered humans and unicorns. These Elves, on the other hand, desired this planet for themselves, so they completely destroyed humanity.

The Elves realize they’ll need slaves in this new world years later. As a result, they began traveling to other alien realms in search of servants, and the band that raced across the sky for just this purpose became known as The Wild Hunt.

Why the Wild Hunt Want Ciri?

In the Witcher novels, Ciri encounters the Wild Hunt in Velen while looking for Geralt. The Wild Hunt detected Ciri’s Elder power because she was in the same region. However, before they can capture her, both Geralt and Yennefer discover Ciri.

The Wild Hunt perceived the real strength of the Elder’s Blood and set out to capture Ciri and bring her to their realm. They wanted to use Ciri’s Elder Blood genes in order to acquire the same power as her. They appeared to be able on. In Netflix’s The Witcher, Ciri creates a portal to the world of the Wild Hunt. On their horses in this new world, Geralt, Yennefer, and Ciri observe the Wild Hunt closing in on them. These horsemen demand that Ciri hand over her Elder Blood just as they do in the novels.