Who is Mia Goth? Expecting First Baby With Shia LaBeouf 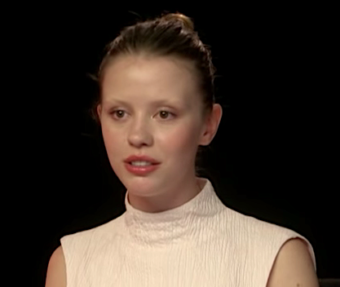 Shia LaBeouf will be playing a father for the first time in his career. The actor is expecting his first kid with actress Mia Goth. Check out Mia’s expanding baby bump as you scroll down. Shia LaBeouf’s life is undergoing significant changes. According to People, the 35-year-old actor is expecting a child with Mia Goth. This will be their first child together.

Neither Mia nor Jude have confirmed the pregnancy but she was seen with a baby bump on Jan. 28 in Pasadena, California, for the outing. The A Cure for Wellness actress donned a long-sleeved white top that exposed part of her burgeoning tummy while out in Pasadena, California, on Jan. 28. She finished off her relaxed look with black leggings, cat-eye sunglasses, white socks and Birkenstocks sandals.

In 2012, Shia and Mia, 28, met on the set of Nymphomaniac: Vol. II and started dating. Engagement speculations began in March 2015 after Mia was observed wearing a ring on her wedding band finger and by October, Shia confirmed that the two had married in Las Vegas. By 2018, the two had divorced.

Who is Mia Goth?

Mia is an English actress who has worked on a number of projects, as per her IMDb profile. When she was just a few months old, Gwen had moved to Brazil and returned to London when she was five years old, according to the source.

Mia was discovered at the Underage Festival in London by fashion photographer Gemma Booth, who noticed her while photographing kids. She was only 14 years old at the time. She then joined Storm Model Management’s roster.

Mia was also featured in advertisements for designers like Vogue and Miu Miu as she developed as a model. Later, Mia made her debut into the entertainment business, appearing in several television series and films. In 2018, she had a minor role in Luca Guadagnino’s remake of Suspiria and starred together with Dakota Johnson and Tilda Swinton.

According to US Weekly, Shia and Mia met on the sets of Nymphomaniac: Vol. II in 2012. Due to their close collaboration while filming, they developed feelings for each other quickly. Four years after dating, the pair married in 2016. The couple had an Elvis-themed ceremony at their Las Vegas wedding. However, in 2018, the couple announced their split via Instagram.

When they were seen together again in 2020, the talk about them getting back together started up once more. When Mia was photographed wearing a wedding band in 2020, it fueled speculation that they were back together. Their relationship was confirmed when, in June 2021, Shia and Mia were spotted hanging out at Disneyland.

Mia was seen going about her day in Pasadena, California, in the photographs published by People. She was wearing a white T-shirt and leggings in the photos.

The couple has not commented on the pregnancy yet. It is presently unknown how far along Mia is at this time.