How old Punxsutawney Phil is on Groundhog Day 2022 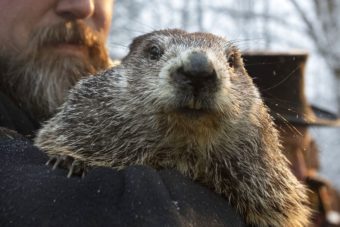 Groundhog Day will be observed on February 2 in the United States and Canada, as Groundhog Day 2022. This is a look at how old Punxsutawney Phil, the show’s star, is this year.

The Groundhog Club, according to AL.com, maintains that there’s only ever been one Phil. Since 1887, he has been predicting the weather, which makes him 135 years old in 2022.

According to Legends, he has lived so long because of his regular ingestion of “the elixir of life,” which is made using a secret recipe that just members are aware of. According to legend, Phil takes one drink every summer and gains seven more years to his life as a result.

Punxsutawney Phil Will Guess The Weather

According to legend, Punxsutawney Phil’s shadow predicts the weather for the next six weeks, until the start of spring. If the groundhog sees his shadow on a sunny day, it is expected to snow over the next six weeks. If a groundhog does not see its own shadow, however, it is predicted that the following weeks will be stormy.

According to a more modern theory, groundhogs stay away from their den on a cloudy day and return when the weather brightens. As a result, if they’re sheltering in their nest, it’s likely to be chilly weather.

Where to stream Punxsutawney Phil for 2022?

On Wednesday, the groundhog will emerge from his hole to make his forecast, which is only understandable by the president of the Punxsutawney Groundhog Club. He will then translate for the crowd.