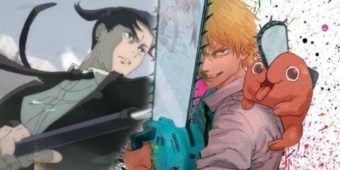 Chainsaw Man the very popular manga series, is available for adaptation in anime. In 2021, the supernatural horror anime will be available on your screens. Fans are eager and cannot wait!

Tatsuki Fujimoto, the author and illustrator of this supernatural TV anime is action-horror. The trailer was released by MAPPA Animation Studios on June 27, and it has been viewed over a million times. But, no release date has been confirmed.

Continue reading to learn all about Chainsaw Man.

The trailer was unveiled on MAPPA Stage 2021. It was also the 10th anniversary for the show.

Although the exact premiere dates are still unknown, you can expect it to air in the Fall 2021.

Where to Stream or Watch Chainsaw Man Anime?

The streaming platform is still unknown. There are rumors that Chainsaw Man will be streamable on Netflix.

We can wait for official confirmation, but that is all for now.

The voice cast for the show isn’t revealed yet. From the trailer, it is very obvious how the music and sounds creep you out. Let’s have a look at the team that will join Chainsaw Man.