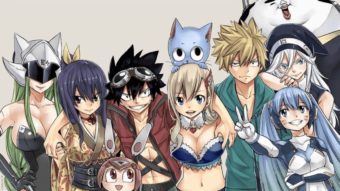 Over the summer, Netflix added Edens Zero, which means there is more on the way and more is coming in late November as previously predicted. We’ve taken a look at when Edens Zero season 2 will be available on Netflix below, as well as what to anticipate.

Eden’s Zero is an anime series created by J.C. Staff and based on the manga of the same name by Hiro Mashima, which was published in Weekly Shonen Magazine. Fairy Tail creator Hiro Mashima is best recognized for his distinct style.

In August 2021, the first half of Edens Zero launched on Netflix, with episodes of Edens Zero “season 2” airing in Japan throughout the summer.

When is Edens Zero season 2 coming to Netflix: Release Date

Netflix has chosen to split the first season of Edens Zero into two parts instead of waiting for all 25 episodes to air in Japan.

Edens Zero is a hit anime series that was first released in Japan on the network Nippon TV during the summer.

The last episode of Edens Zero is scheduled to air on Sunday, September 3rd, 2021. However, we don’t expect the second group of episodes to be available on Netflix until November or December.

This was eventually verified when a notice informing us that Edens Zero season 2 will be released on November 24th, 2021, stated that it would be continuing.

Who are the characters in Edens Zero Season 2?

“Edens Zero” departs from “Fairy Tail’s” fantasy setting to take viewers on a sci-fi-fantasy adventure through the cosmos in a ship named for the anime. The main characters of “Edens Zero” are all individuals who live on the Edens Zero. Its protagonist Shiki Granbell (Takuma Terashima/Sean Chiplock) is a young boy with the power over gravity who — along with his friends — journeys to find a space goddess known as Mother (via IMDb). His first companion is Rebecca Bluegarden, a B-Cuber (a sort of space-age social media influencer) who discovers Shiki on his home planet of Granbell.

Along for the ride is a familiar face from “Fairy Tail,” Happy, the magical blue cat (Rie Kugiyama/Tia Ballard) who serves as Rebecca’s companion prior to meeting Shiki. In addition, the series also stars Weisz Steiner (Hiromichi Tezuka/Brook Chalmers), E.M. Pino (Shiori Izawa/Sarah Anne Williams), a group of androids called the Four Shining Stars, Homura Kogetsu (Shiki Aoki/Laura Stahl), and many, many more. When Season 2 airs, we will undoubtedly see some, if not all, of these characters again. What new people Shiki is expected to meet along his journeys have yet to be revealed to foreign audiences.

What to expect from Edens Zero season 2: Plot Explored

The first season concluded with Shiki and the others locating Hermit, but it’s unlikely she’ll be able to join up immediately. This implies that before Shiki joins Edens Zero, she will assist Hermit with whatever problem she has.

The crew will only need to look for Valkyrie, the master of Homura, once Hermit has joined up. When all four Shining Stars are aboard, Edens Zero energy will be restored, allowing them to proceed through Dragonfall and seek for Mother.

How many manga chapters will the second season of Edens Zero cover?

The first season of Edens Zero covered the manga’s 30 chapters in 12 episodes. The second season, however, will cover more due to the fact that it will be 13 episodes long rather than 12. Season 2 is expected to cover events from Chapter 31 through 68 of the manga, which totals 37 chapters.

Can we expect to see even more seasons of Edens Zero?

There are presently 160 published chapters of Edens Zero, which indicates that the show’s followers will almost certainly be treated to many more seasons in the future.With each season covering roughly thirty to forty chapters, four to five seasons on Netflix is a safe bet.