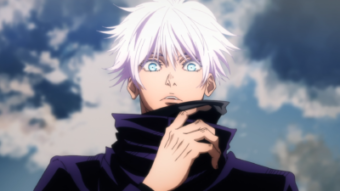 Satoru Gojo is one of the well known main protagonists of Jujutsu Kaisen. He is a special grade jujutsu sorcerer and a teacher at the Tokyo Jujutsu High. He is normally seen to be nonchalant and playful towards his students, close colleagues, and friends. Satoru is a complex individual. However, he is unsympathetic and cruel towards sorcerer executives, an example being his blatant disrespect towards Principal Gakuganji, and his enemies.

How tall is Satoru Gojo? According to Akutami, Gojo is probably over 190 centimeters tall (6′ 3″).

Who is Gojo Satoru Girlfriend?

Gojo Satoru is Jujutsu Kaisen’s strongest and one of the most popular characters. Does he have a girlfriend though? What is our blue-eyed sorcerer’s love life like.

Gojo Satoru, aside from being the strongest and in my objectively right opinion, the coolest in-universe Jujutsu Kaisen, also happens to be very attractive. Naturally, fans of the show can’t help but speculate about his romantic interests.

Utahime Iori is a semi-grade 1 jujutsu sorcerer and student supervisor at Kyoto Jujutsu High. Gojo and Utahime have known each other from their high school years. Gojo frequently teases Utahime, which eventually gets on her nerves. Utahime is used to this teasing because of their long relationship, and even though she gets agitated, they manage to get along when they’re in action.

Who Is Gojo Satoru In Love With? The short answer is, no one. The longer answer is, Gojo’s past arc and the Shibuya Arc have been completed by Gege Akutami. The characters in the manga and Gojo himself seem to be aware of how attractive he is. However, there aren’t any romantic ties explored with any of the characters, new or old. Gojo seems to be a master of either getting people to fangirl over him or cause them severe migraines by getting on their nerves.