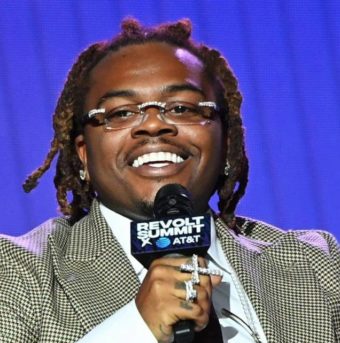 Pushin P is the fourth song on G Herbo’s latest album, and fans appear to be split over its meaning. What exactly does Pushin P signify? The name of the track intrigued a lot of people that Gunna himself had to clarify it, yet it appears to have left many perplexed.

What Does Pushin P Mean?

The phrase “Pushin P,” which is the name of the second track on Gunna’s album DS4EVER, can only be understood by the rapper.

“You gotta Push P. So this is Pushin P, when you backyard and the inside and outside, that’s P. You pushing P,” he continued.

Offering more explanation to the same, he added:

“When you go to rent in these things, you Kickin P. When you go to on the Catch and spending your hard-earned, you Pushin P. P don’t just mean Playa, P also mean paper too. You could be pushing this P with paper too.”

There’s More To ‘P’ According To Gunna

G Herbo went on to expand on the meaning of ‘Pushin P’n’ in a series of tweets. He tweeted, “Being loyal is most definitely P” and “Now… placing your staff in their rightful positions is P.”

From his messages and the Insta live explanation, it appears that the letter ‘P’ in “Pushin” stands for values or characteristics that Gunna considers important. You may even refer to yourself as “Pushin P,” similar to the rapper.

Fans React To Gunna’s Latest Track And Its Title

The phrase “Pushin’ P” is a trending topic on Twitter. Some are gushing about the song, while the rest are analyzing ‘ Pushin’ P’ and its broader meaning.