What Did D.L. Hughley Say About Kanye West: What We Know 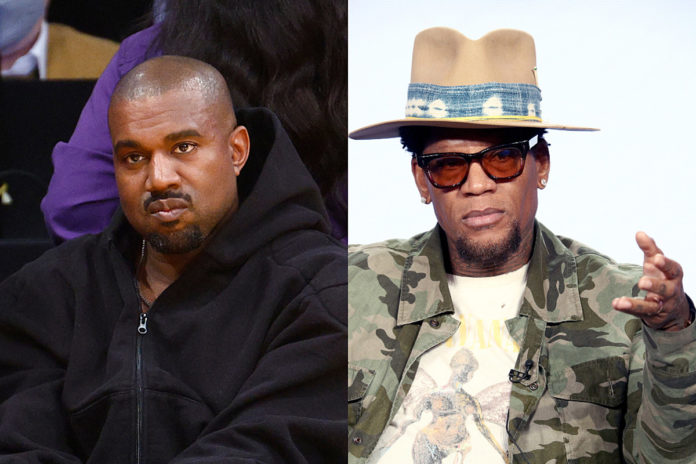 Kanye West had a heated exchange with D. L. Hughley on Instagram, but what exactly did the talk show host say? Kanye West has been using social media as a means of communicating his message to the world.

Kanye has been putting out his views on Instagram during his ongoing legal battle with Kim Kardashian. He recently retaliated against Hughley for his prior statements, but it left many followers bemused. What Did D.L. Hughley Say About Kanye West: What We Know.

What Did D.L. Hughley Say About Kanye West?

Following what the comedian had said about the ongoing legal dispute in Kanye West’s life, his Instagram post is a reaction.

Last Monday, Hughley spoke with DJ Vlad about some of Kanye’s messages to Kim that he had tweeted. The comedian stated that the rapper should not have made the problem public, but also added that sometimes people need a “good slap.”

He said: “I think that I’ve watched too many times when things like that happened and a woman or somebody is not believed. And then things escalate. He is stalking her. You can think it’s cute.

If it was my daughter, I’d do something about it. I don’t think it’s funny. I think that you can’t write a beat so good that you get to do these things.

And society laughs it off because they say, ‘Well, she’s showing her ass all the time and he’s this and he’s that.’”

“He’s got 20 more hits and a few hundred million dollars on the other side of that difference.”

“The difference between him and a restraining order is about 20 hits and a couple of hundred million dollars,” added Hughley. Kim’s current lover, Pete Davidson, should not have been included in the discussion, according to Hughley.

He said: “threatening the dude that’s fking your woman, all he gonna do is fk her harder.”

Kanye didn’t hold back when it came to expressing his sentiments on the subject. He said,: “We gone stop letting practicing drug addicts be used by leftist to Willie Lynch our Future Black people with our own opinion are not allowed to speak in public I am the glitch DL God does not like you You have no favor Your family hates you I would hate to be related to somebody who used to be famous Now you just known as a broke pawn at least Oprah got billions “allegedly” Come on leftist Y’all gotta do better than DL This Ye Bring the real smoke baby.”

He continued: “how your real face Charlemagne just don’t hit the same do he Who y’all gone get now God is with us and you send DL to be against us You’ve lost No brilliant Hebrew’s will bow to y’all no more Only dumb ass drug addict House niggas Don’t play me and don’t play with God Anybody related to DL call Chris McLean at adidas for yeezys They not free though We running a business over here He just getting ran You see Skete missing work Anybody else wanna play with me Please please please for the love of God come and get me Let’s see how it turns out.”

Has D.L. Hughley Responded To This?

Hughley has yet to respond to Kanye’s post. While the comedian has made several tweets in the last few hours, he has not spoken out on the issue.