Who Is Tommy’s New Love Interest On ‘Power Book IV? 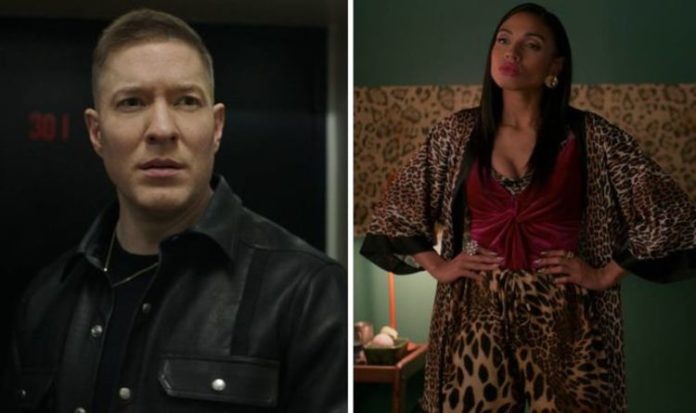 Tommy has only been in Chicago for a little while, but he’s already gotten involved with a stunning bar owner named Gloria (Gabrielle Ryan). What he doesn’t know yet is that she’s been involved with Irish mob boss Vic Flynn (Shane Harper) for years.

“It’s a tricky one because Vic and Gloria are definitely off when Gloria meets Tommy,” Ryan told Digital Spy. “It’s a very on-off relationship, which is why she’s, you know, she’s even open and available to being intimate with Tommy.

But Tommy is also Tommy, and, you know, the instant attraction is really obvious, they have a connection straight away.

And I think that Gloria’s intrigued by Tommy and it’s something different, you know, it’s not the baggage that she has with Vic. They have a long, long, long, long-term relationship, Vic and Gloria. And Tommy is new and exciting, and this new guy in town, who wouldn’t be interested in that?”

At the end of episode 102, “King of the Goddammn Hill” Vic sees Gloria and Tommy interact, so we’re sure there will be hell to pay. Who Is Tommy’s New Love Interest On ‘Power Book IV?

Why Didn’t Tommy Die In ‘Power’?

As a result of all that, it comes as no surprise to see that Tommy has outlived most individuals who were not involved in the original Power.

After all, his short temper has gotten him into numerous unpleasant situations. He’s already causing problems in Chicago, for example. However, he did not die in Power for a reason.

“The reason that Tommy is alive is that we had a show about selling drugs, and not just selling drugs, but the consequences, the aftermath, the destruction,” Sikora explained via Express.

However, other fans believe that, if Ghost had killed Tommy, he would still be alive. “Ghost wiping out his enemies has been a staple of the show,” one Reddit user pointed out in Express.

“So if James killed Tommy, the need for the Ghost persona would die. However, the resentment from both Tariq and Tasha would be there. For the audience, it would make Ghost firmly an antagonist but leave enough to keep him sympathetic.”

The Uncanny Counter: Know Everything About The Show