The Uncanny Counter: Know Everything About The Show 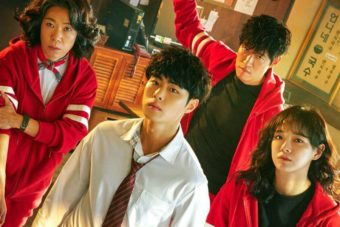 The Uncanny Counter, a South Korean television series, stars Jo Byung-gyu and Yoo Jun-sang. Kim Se-jeong is also featured. It is based on Jang Yi’s Daum webtoon Amazing Rumor. The story centers around So Mun, a high-school student with disability, who is recruited to the Counters, a paranormal-hunting group that searches for evil spirits who have escaped from the afterlife and prey upon humans.

From November 28, 2020 through January 24, 2021, the first season aired on every Saturday and Sunday at 22.30 (KST). There were 16 episodes. Each episode was broadcast on Netflix in South Korea after the television broadcast.

A “Counter” is a group of people. They are a group of people called “Counter” and their purpose is to hunt down evil spirits. Each member has their own unique abilities. They disguise themselves as employees of a noodle restaurant.

So Mun (Joe Byeong Gyu) is a high-school student. He is also the youngest member in “Counter.” His unique ability is his strength. He was in a car accident as a child. He was left with a limp in the left leg after his parents died in an accident.

Ga Mo-Tak (Yu Jun Sun) is a former officer in the police force. He lost his memory after an accident seven years ago. He is a good person.

Do Ha-Na (Kim SeeJeong) can sense evil spirits hundreds of miles away. She can read the memories of people she touches by touching them.

The chef at the noodle restaurant is Chu Mae-Ok (Yum Hie-Ran). She is the anchor for “Counter.”

Choi JangMool (Ahn Suk Hwan) is Korea’s first “Counter”. He manages the expenses of the group.