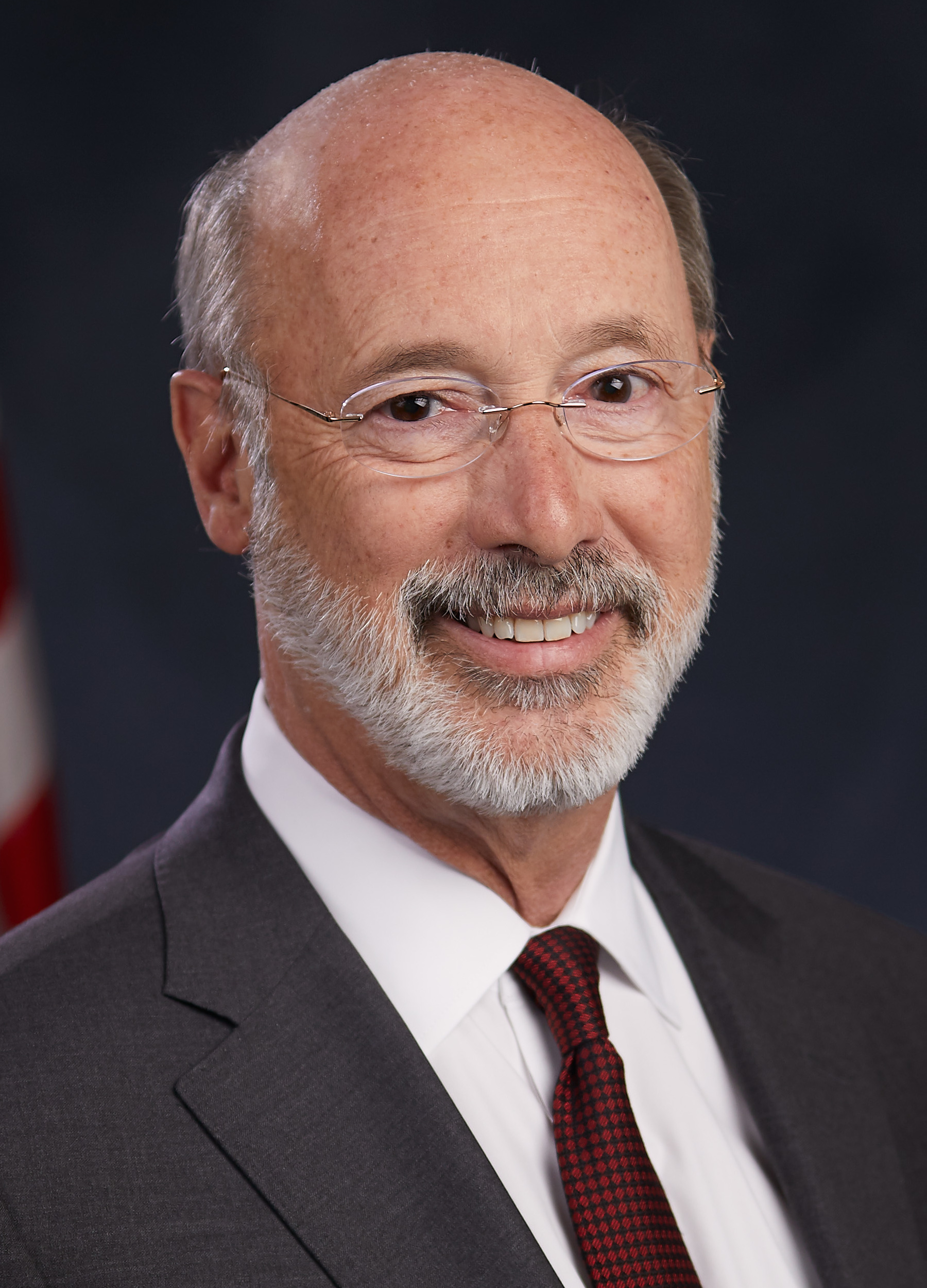 Thomas Westerman Wolf (born November 17, 1948) is an American politician and businessman who has served as the 47th Governor of Pennsylvania since January 20, 2015. a member of the Democratic Party, he defeated Republican incumbent Tom Corbett in the 2014 gubernatorial election and was re-elected in 2018 by a margin of 17.1%. Prior to his election as Governor, Wolf was the Secretary of the Pennsylvania Department of Revenue from April 2007 to November 2008 and an executive in his family-owned business.