When Is The Last Kingdom season 5 Coming Out? 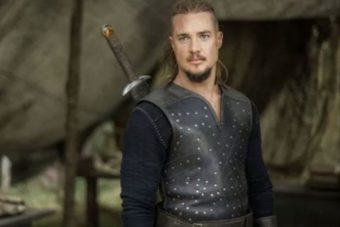 The Last Kingdom returned for season four in April 2020, with Uhtred of Bebbanburg determined to combat off his rivals and reclaim his kingdom. It has, however, been delayed ever since the show returned to our screens.

The first four seasons of the TV series were based on Cornwell’s The Saxon Stories novels about the birth of England in the ninth and tenth centuries, but prolific author Cornwell has since written five additional novels, providing ample material for The Last Kingdom team to mine for future episodes. Here’s everything you need to know about The Last Kingdom season five, including where you can watch it and what time it will premiere.

The Last Kingdom season 5 renewal: Is it coming back?

“We’re excited to bring back the previous season for season five on Netflix,” says Executive Producer Caryn Mandabach. “With such a devoted following, we’re eager to provide fans the opportunity to continue Uhtred’s journey in the next season.”

“The audience has been fantastic,” added Alexander Dreymon (Uhtred) to Variety. “It’s been a word-of-mouth phenomenon. We’ve never had a lot of marketing.” We somehow manage to keep going, even though we haven’t had much advertising. We’re all very grateful for their support and kindness. They’re wonderfully kind and enthusiastic.” However, Netflix has stated that the fifth season will be the final one.

Dreymon issued a statement (via Metro) following the news, confirming that he directed at least one episode of the final season: “Playing Uhtred for five seasons has been a fantastic experience. And I’m really grateful to have been given the chance to direct it. As a result, I came to truly appreciate our cast and crew’s amazing talent and skill even more. I can’t wait to show it off to our fans, who made everything possible.”

The fifth season wrapped production in June 2021, and Uhtred’s adventures appeared to be over. Dreymon, however, revealed at a virtual panel hosted by MCM Comic Con in London last month that he’ll put his helmet back on for a two-hour film that will conclude Uhtred’s tale.

The final film in the series, known as Seven Kings Must Die, is set to begin production in Budapest early next year. Fans are already anticipating what the feature-length episode will cover, and Cornwell’s readers have pointed out that the title may allude to a passage from his book Death of Kings, in which Uhtred receives a chilling prophecy.

Executive producer Nigel Marchant said in a Netflix announcement about the film: “While season five brings the show to a close, there was always one more tale we wanted to tell. We simply couldn’t help ourselves from taking one last trip with Uhtred due to the outstanding support from Netflix and fans’ continuing desire to see more.”

The Last Kingdom season 5 release date on Netflix: When will it premiere?

Seasons one through four have all been released at different intervals. The first two, which aired on the BBC, were released in October 2015 and March 2017. Season three was acquired by Netflix in November 2018, with season four set to premiere on April 26 2020.

Filming for season 5 began in December 2020 and continued until the end of 2021. Filming wrapped in June, with director Jon East displaying the final scene’s clapperboard. In April 2021, we saw our first footage from the shoot, via Twitter.

This material was taken from Twitter. You might be able to discover the same thing in a different way or perhaps more information, at their website. If we have an educated guess about the show’s release, we’d put our money on April 2022. But again, we don’t know for sure.

The Last Kingdom season 5 cast: Who’s in it?

In a world where violent clashes are as frequent as grabbing a pint at the pub, it’s only natural that some cast members won’t return for season five. Father Beocca (Ian Hart), who died in the previous season, will not be returning.

The Last Kingdom season 5 trailer: When can I watch it?

Unfortunately, there is no indication of a trailer yet, so we’ll just have to keep our fingers crossed and pray that one arrives soon. In the meantime, take a look at the season four teaser above.

Because most trailers arrive in the month preceding the show’s premiere, we’ll have a better idea once we know when it will be released. We promise to keep you informed as soon as possible. In the meanwhile, save this page and check back regularly.

When does the last episode of Mea Culpa premiere?