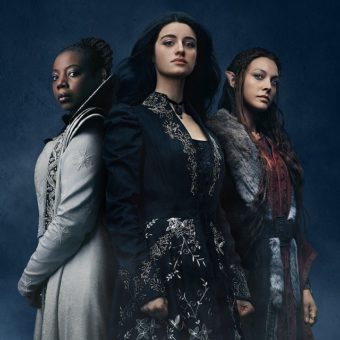 The conclusion of Season 2 smacks you in the face. Are you a long-time gamer who loved Wild Hunt? For you, there’s some juicy backstory waiting to be discovered. An obsessive purist devoted to the books? Prepare for at least four incredible revelations in the last ten minutes, whether you’re a seasoned veteran or just getting started in this universe. Even if you’ve never seen The Witcher before, Season 2’s ending is wild and breathtaking enough that it’ll make you want more.

The Witcher’s Season 2 finale was a chaotic whirlwind of back stabbings, cliffhangers, and epic world-changing twists, which is true to its reputation. It’s a lot for any one person to handle, which is why we’re here to assist. Here’s all you need to know about The Witcher’s Season 2 endgame, from Voleth Meir’s identity to what Elder Blood is.

Before we get into what happened, there’s a little history to cover. This is The Witcher, after all. What do you expect? Voleth Meir is a new character in The Witcher universe, but in Episode 7, Geralt (Henry Cavill) revealed some of her backstory. The first witchers were hired to incarcerate her. They confined her in a hut when they did so. She’s the one Yennefer (Anya Chalotra), Fringilla (Mimî M. Khayisa), and the elven sorceress Francesca (Mecia Simson) visit in Episode 1.

And as you can probably guess, she’s a bad news situation. Voleth Meir, also known as the Deathless Mother, preys on the suffering of others. Also? She’s not from this realm. We’ll get to that little detail in a moment. Now, onto the story.

What Happened Between Ciri and Voleth Meir?

The Deathless Mother of Voleth Meir made Yennefer a highly appealing proposition when she visited. If Yennefer returned Cririlla, Princess of Cintra (Freya Allan), to Voleth Meir, she would restore her magic. When Yennefer ran into Geralt and Ciri in Melitele, she saw her opportunity to be whole again. After fleeing renegade mage Rience (Chris Fulton), she convinced Ciri that the only way she could rejoin with Geralt was to return to Cintra. That kind offer was nothing more than a lie. Voleth Meir really had Yennefer’s Child Surprise in his clutches, and it would have been its certain demise at his hands.

Yennefer changed her mind after spending some time with Ciri, realizing how amazing she was. It was too little, though, and it came too late. Once Geralt figured out what Yennefer was up to, he sent Ciri back to Kaer Morhen with Jaskier the bard (Joey Batey). As they journeyed towards the fortress, Ciri breathed in a red, glowing liquid. Yennefer may have made the conscious decision to do good, but Voleth Meir still managed to possess her.

The moment Ciri reached Kaer Morhen was when the monster guts hit the fan. The possessed princess began to systematically kill members of Kaer Morhen, leaving nothing to get Geralt (Falk Freier) up and fighting. It wasn’t long before Vesemir (Kim Bodnia), Coen (Yasen Atour), and Lambert (Paul Bullion) were up and battling Ciri, with Geralt joining in shortly thereafter, a move that provoked Ciri by calling forth an army of basilisks.

The basilisks? They showed up after Voleth Meir-as-Ciri shrieked and shattered the Medallion Tree, a sacred site where witchers pay tribute to their departed brothers. After she destroyed it, everyone noticed that the tree wasn’t real. It was constructed of the same substance as the monoliths that dot The Continent, so just underline it with an asterisk.

Back to the fight. As Yennefer made a potion to separate Voleth Meir from Ciri and Jaskier served as her errand boy, Geralt did his new favorite job: protect Ciri. Repeatedly, Geralt tried to convince Vesemir and his brothers-in-arms that Ciri was too special to kill. That argument proved to be incomprehensible for Geralt’s own mentor, Vesemir. Way back in Episode 2, Vesemir and Geralt had to face a similar choice between trying to save their brother Eskel (Basil Eidenbenz) or killing him before he caused too much destruction. That fight ended in Eskel’s death. Why should Ciri be any different?

But ultimately it was the love of Ciri’s adopted parents that saved the day. Geralt’s support caused Ciri to fight back against Voleth Meir. And in a moment of redemption, Yennefer brought our girl back home. As Ciri woke up and started to take control of her body, she was fighting the Deathless Mother for that control. Voleth Meir needed a vessel, and Yennefer was ready to give her one. After endangering Ciri and causing all of this trouble, Yennefer slit her wrists, willing to give her life to save Ciri’s.

Thankfully, it worked. Yennefer and Ciri were able to expel Voleth Meir out of Ciri’s body. Yet true to his profession, it was Geralt who dealt the finishing blow. Realizing that if possessed Ciri could open up portals to bring in monsters that also meant she could travel to that same place, Geralt had Ciri open a portal to that basilisk realm. Once they arrived, Voleth Meir immediately fled to her home. But that’s not all Geralt, Yennefer, and Ciri encountered in the other realm.

So, Other Dimensions Exist?

Yes. We’ve already covered how we’re in multiverse territory now. To comprehend how that works in this universe, we’ll have to go all the way back to the Spheres’ Conjunction. Before the events of The Witcher series, the realms of monsters, elves, and humans were separated by roughly 1,200 years. Then came the Conjunction, an occurrence that compelled these diverse worlds to occupy a single space and introduced magic known as chaos to The Continent. That’s why all those human characters seem uneasy in their proximity to such creatures. Monsters and people were never intended to coexist.

The continent is encircled by monoliths, which are remnants of the Conjunction. So when you see new monsters emerging from monoliths after Ciri destroys one? They’re coming from another dimension, in our opinion. We have a feeling that it will be crucial in Season 3 and beyondn.

It’s unlikely that the three of them will take Voleth Meir back to the Kingdom. In fact, once they got there, she was cast out by Geralt and Yennefer for trying to join their party. They also encountered the Wild Hunt at this time. “Join our hunt, starry-eyed Daughter of Chaos,” a man on horseback announced as he appeared from nowhere. Your place is among us.”

What exactly does it imply? The Wild Hunt, also known as the Wraiths of Mörhogg, have long been considered to be a specterlike group. But in the novels, this is shown not to be true at all. This convey is made up of elves from Aen Elle’s realm. For hundreds of years, the Wild Hunt utilized Aen Seidhe, our story takes place there, to abduct slaves. But once they detected Ciri’s Elder Blood, their objective changed dramatically. Their aim now is to capture Ciri no matter what happened. In the popular game The Witcher 3: Wild Hunt , they’re the main villains.

What Is Elder Blood?

We’ve danced around the topic enough. It’s past time to figure out why Ciri is so unique. Ciri is a descendant of Lara Dorren, an elven sorceress who lived thousands of years ago. She has Elder Blood as a result of it.

Does Yennefer Have Her Powers Again?

She sure does. After Yennefer tried to sacrifice her own life to save Ciri, her powers were returned to her. Why that happened isn’t exactly clear. Was it a gift of sorts from Voleth Meir? Was it Ciri? Did Yennfer accidentally trigger some ancient branch of chaos, like Harry Potter’s mom did right before her death? We have no idea. The bottom line is Yennefer can kick ass again.

What’s Happening Between Sigismund Dijkstra and Jaskier?
This is a big mystery that’s almost definitely going to reappear in Season 3. Toward the end of “Family”, Dijkstra’s (Graham McTavish) owl friend reappeared to tell him that the secret of Ciri’s survival is no longer a secret. Only that owl was never an owl but the sorceress Philippa Eilhart (Cassie Clare).

That’s when Dijkstra smiled and said, “Bring me the bard. It’s about time he paid back his benefactor.” Yep, it looks like Jaskier is working for Dijkstra.

This alliance happened in Andrzej Sapkowski’s novels, but it was brought to light when Yennefer saved Dandelion (Jaskier’s name in the books). It seems that The Witcher has some bigger plans for this particular revelation. And considering how much Jaskier now knows, that’s scary. Be careful, Geralt, and stop telling your buddy to fuck off.

What’s Going on with Rience?

Speaking of people who are after Ciri, the fire-loving mage Rience was still tracking her at the end of Season 2. But he turned the tables a bit. After tricking the sorceress Lydia (Aisha Fabienne Ross), he burnt off half of her face and took away her ability to speak, forcing her to communicate through telepathy. Now Vilgefortz’s (Mahesh Jadu) secretary will b

What Happened to the Elven Sorceress, Francesca?
The only thing that Francesca wanted was for her daughter to be born healthy. That may have happened, but Francesca and the elves she ruled over weren’t able to celebrate it for long. In the middle of the night, her daughter was murdered. The culprit? Allegedly, a spy working for the Northern Kingdom of Redania.

That was the final straw for Francesca. Before her daughter’s murder, Francesca wanted to pull out of Nilfgaard’s war against the North and focus on rebuilding a life for her people. But after it, she only saw red. She traveled to Redania and marked every baby in the kingdom, killing them all in one fell swoop. Goodbye neutrality and hello war.

As much death and pain as there was in Francesca’s story, there was also a thin ray of hope. Near the end of “Family”, Francesca and her guard were visited by the historian and Yennfer’s longtime friend Istredd (Royce Pierreson). He told Francesca that Ciri is of Hen Ichaer, also known as Elder Blood. The way Francesca sees it, her people may have a savior, and that savior is Ciri. Also? The number of important people who know that Ciri has Elder Blood has now grown by one.

Who Is the White Flame?

Let’s go back to Francesca’s murdered baby for a second. When the sorceress Fringilla (Mimî M. Khayisa) learned what had happened to her friend, she was horrified. But the Nilfgaardian general and star of Ciri’s nightmares Cahir (Eamon Farren) saw things a bit differently. With the elves turning their back on the Nilfgaardian Empire, they needed a push to change their minds so that they’d once again fight for the White Flame. That murdered baby was one hell of a push. Cahir encouraged Fringilla to take credit for it, a betrayal that she had nothing to do with.When the White Flame finally arrived in Cintra, it looked like Cahir and Fringilla were going to get the pats on the back they so craved. But that unjustified boasting didn’t last long. Emhyr var Emreis revealed that he was the one who took the hit out on the child. Cahir and Fringilla are officially out. And you know who’s very much in the game? Emhyr var Emreis, aka Season 1’s Duny, aka Ciri’s father (Bart Edwards). Oh yeah, the porcupine man is back, and he’s here for Elder Blood.