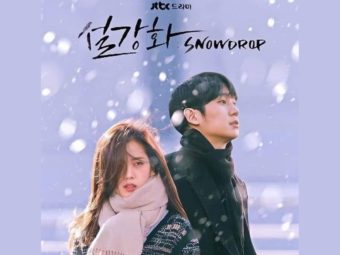 Where can I stream the series online? What date and time will Jisoo’s new Korean drama “Snowdrop” be available around the world for online streaming, and where can fans go to watch it?

The year 2020 is already setting a record for Korean drama devotees, but there’s still a lot of great K-entertainment to discover. Fans have been particularly enthralled by one of the last titles expected in 2021, a romantic comedy series called “Snowdrop.”

In October 2020, it was announced that a new JTBC series is in production with K-pop star and BLACKPINK member Kim Ji-Soo (Jisoo) in the lead. So, what is the plot of this drama, when will it premiere, and where may fans watch Snowdrop outside of South Korea

What is the plot of Snowdrop?

The love story between Im Soo-Ho, a Korean-German graduate student at a prominent institution, and Eun Young-Cho takes place in 1987 South Korea’s Democratic Movement. After being assaulted at a pro-democracy demonstration, Im Soo-Ho barges into a female dorm at Hosoo Woman’s University one day covered in blood.

Eun Young-Cho, a first-year English Literature student at the university, assists in hiding Soo-Ho from the authorities and dressing his wounds. However, Soo-Hee is ignorant of the fact that she and he had previously met on a blind date, where she fell in love with him for the first time.

How To Stream Snowdrop Online?

Snowdrop will premiere on JTBC and be available to stream internationally through the Disney Plus platform in South Korea. This was revealed by Deadline, who provided a comprehensive list of Asia-Pacific acquisitions by Disney, including “Moving,” “Rookies,” and “Tokyo Mobile Emergency Room.” The cost of a subscription to Disney Plus is presently $7.99 per month or $79.99 for the year.

Snowdrop has always been expected to be simulcast on Netflix, with the platform having a good relationship with JTBC on previous installments such as Run On, Sisyphus: The Myth and Law School.
Fans, on the other hand, can anticipate that more international platforms will invest in future K-dramas thanks to Disney Plus streaming Snowdrop – see here for a detailed breakdown of Apple TV’s most recent hit Korean drama, Dr Brain.

Fans of the Snowdrop Korean drama will not have to wait long before it debuts; with confirmation that episode 1 will be available worldwide on Saturday, December 18th. Every Saturday and Sunday at 10: 30 PM Korea Standard Time, the series will air new episodes on JTBC’s television network, as announced in a recent Instagram post.

Following that, the series will debut on Disney Plus streaming in select international versions of the service on Sunday, December 19th – one day after its U.S. premiere – according to the Instagram profile of Disney Plus Korea.

Unfortunately, the release date for Snowdrop on Disney Plus has not yet been determined by either the production team or the streaming service. The series will be available on iTunes, Amazon Video, Google Play, PlayStation 4/Vue and Xbox One in the United States. However, it has been reported that new episodes will be released through the official platforms at 12:10 AM KST on Sunday, December 19th. Similarly, it is uncertain which Disney Plus foreign versions will carry Snowdrop. Users have said on social media that the series will only be accessible to viewers in the following countries:

Fans should also note that these international versions have not yet been officially confirmed by the Disney Plus service, but they will require a VPN to access them. You may read about it on Twitter here.

How Many Episodes Are In Snowdrop Season 1?

The first season of Snowdrop will have 16 episodes, as reported by Yonhap News Agency. With two episodes released each week, beginning on Saturday and Sunday, the finale is expected to air on February 13th, unless anything changes with the broadcast plan during the holiday season.

Kim Ji-soo, who plays the lead vocalist of Blackpink, will play Jisoo’s role. Jung Hae-In, a star of Something in the Rain, will take on the other main part. Jisoo will make her debut as a leading actress in a major drama for the first time; she has previously appeared in The Producers (2014) and Arthdal Chronicles (2018) for KBS2 and tvN, respectively.

Jisoo will be replaced by Jung Hae-In as the second lead, according to GMA News Network on October 5th. He is best known for playing Seo Joon-Hee in Something in the Rain, but he has appeared in Prison Playbook, Reply 1988, and Netflix K-drama Start-Up.

On Instagram, you may discover Kimmy Haen. She’s a 33-year-old artist who creates haein paintings and sculptures.