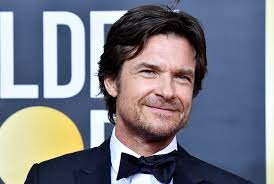 Netflix won a “fierce auction” for Here Comes the Flood, an elevated character-driven love story and heist film, about a year ago. The purchase was completed with a mid-seven figure transaction, which is quite unusual for a script without any talent linked to it. Robert Downey Jr. is now said to appear in the film.

Simon Kinberg, who has written for X-Men, Deadpool, Logan, Mr. and Mrs. Smith, Star Wars: Rebels, and more, will be producing Here Comes the Flood for Netflix. Genre Films’ Audrey Chon (X-Men, The Martian) will be overseeing production. The cast includes Golden Globes winner Jason Bateman, best known for Ozark and Arrested Development, who will direct. Bateman will also act as a producer on The Girls I’ve Been , which stars Millie Bobby Brown of the hit Netflix series Stranger Things . As he was also producing The Girls I’ve Been , Bateman is expected to produce Here Comes the Flood as well.

The project’s origins date back to July 2021, when Indie Wire reported that Bateman and Kinberg were in talks for the film. It is said to be a contract worth “mid-seven figures.” Here’s everything else we know about Netflix’s Here Comes the Flood.

What is the plot of Here Comes the Flood?

Given that Netflix’s Here Comes the Flood is an entirely original work without any prequel or source material, there isn’t much known about it save for the film’s official synopsis:

An elevated, character-driven love-story heist movie, with the heist playing out in increments. The thriller sees an Iraqi war vet landing a job at a bank. An international thief approaches him to help strategize and enact a heist in the bank. However, the veteran is in love with one of the bank employees and they plan to manufacture a double-cross that will see them getting away with the money and leaving the thief to take the blame.

The script was so attractive to multiple studios that only a mid-seven figure deal aided Netflix in acquiring it, and despite several other deals, it remains under lock and key.

Who is cast in Here Comes the Flood?

No cast members have been confirmed for the film yet, although Robert Downey Jr. is said to be in negotiations to play the lead role. According to Deadline, Bateman, the show’s creator and star, may also appear in one of the roles.

What’s the production status of Here Comes the Flood?

According to Production Weekly’s issue 1240, Netflix’s Here Comes the Flood will be filmed in Los Angeles, United States. Although the spot has been revealed, the dates have yet to be determined. Nonetheless, we shall learn more about the production timetable in the near future.

When will Here Comes the Flood be released on Netflix?

The independent film Here Comes of Flood does not have a release date yet because it has not even begun production, but we expect it some time during late 2022 or 2023.