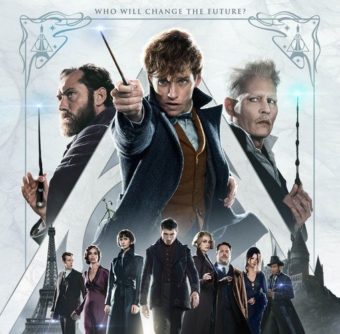 This Friday, Warner Bros. has published a video celebrating 20 years of the arrival of Harry Potter to the cinema, where they have also included the first images of Fantastic Animals: The secrets of Dumbledore .

Dumbledore’s Secrets is the third film in the Fantastic Animals saga , which takes place decades before the events of Harry Potter .

This film has not been without controversy, because apart from the controversy that affects the author and -writer of this film- JK Rowling, Johnny Depp was fired from his role as the villain Gellert Grindelwald , after he was involved in a court battle with his wife Amber Heard, who accused him of mistreatment.

In his place came Mads Mikkelsen and here, for the first time, we get to see what his version of Grindelwald will look like.

The trailer also shows the rest of the protagonists, led by Albus Dumbledore as a young man (Jude Law) and Newt Scamander (Eddie Redmayne).

In the background, Dumbledore can be heard telling the characters that they will have to trust him, even if at some point they feel like they can’t.

Fantastic Beasts: Dumbledore’s Secrets is scheduled to release on April 15, 2022 in the United States and other countries.